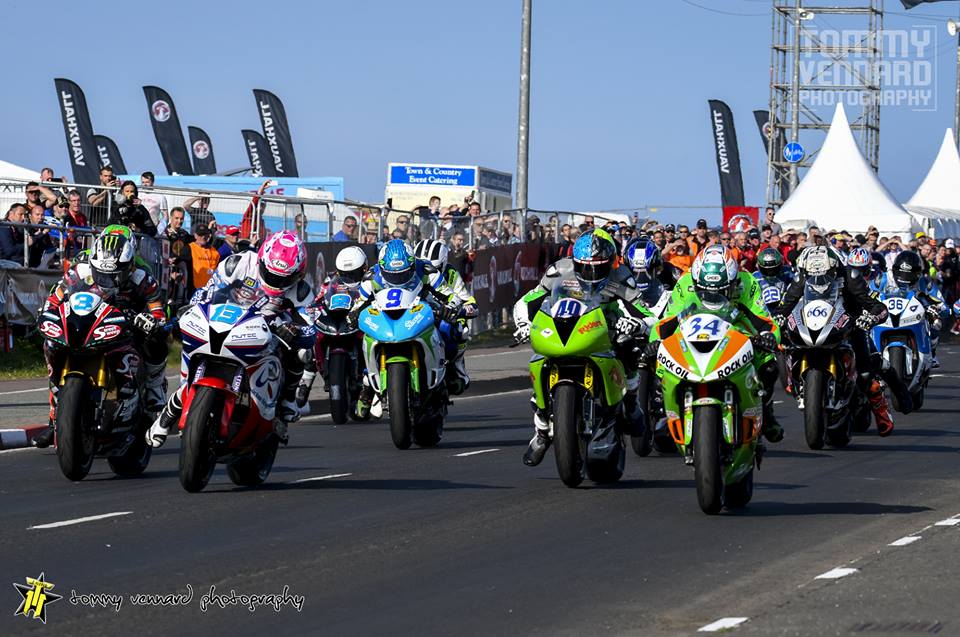 Making up for the disappointment of retiring from the opening 600 encounter on Thursday evening, the “Wee Wizard” lead throughout, before pulling the pin on lap 5 breaking clear of the chasing pack. 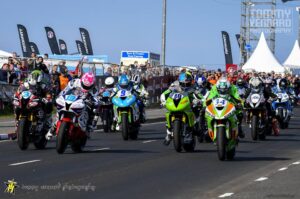 At the end of the six lap race, held in damp then further deteriorating wet conditions, his gap at the front on the Gearlink Kawasaki stood at in excess of four seconds.

Stating after the race his delight at securing his first North West podium finish since 2014, he couldn’t thank his team enough for all their hard work in helping results like this happen.

Brother Michael Dunlop aboard his own teams Yamaha wrapped up the final spot on the podium, despite having an obvious top end speed disadvantage on the straight’s.

Adam McLean was extremely impressive in finishing a fine fourth, a quite brilliant result for the MSS/Hotties backed rider, tipped by many to in the near future become a multiple times international road race winner.

Ian Hutchinson (MCaMS Yamaha) fifth, in contention through the opening laps for race victory, eased his pace off once track conditions got worse.