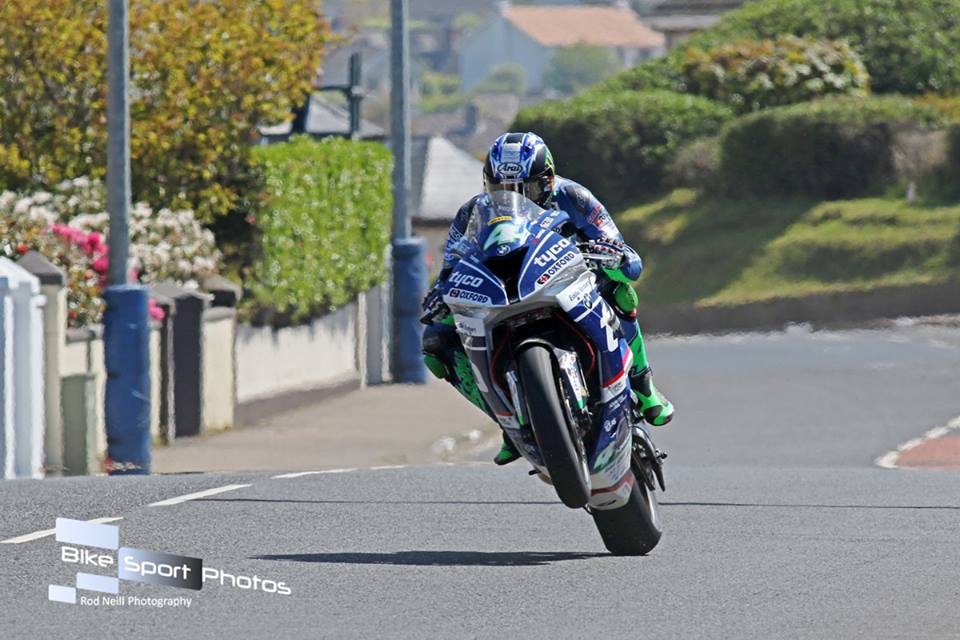 An intriguing day of qualifying is in prospect tomorrow at the Vauxhall International North West 200, as riders battle it out for ideal spots on the grid, across all classes.

Following yesterday’s opening practice sessions, you can already tell who will be contending for pole position’s. Quickest in Supersport/Superbike practice, Alastair Seeley looked in ominously great form on Tuesday.

Delighted with the performance of the Gearlink Kawasaki and Tyco BMW’s in Superstock/Superbike trim, he said after yesterday’s action around the Triangle:

“The Superbike felt good but I didn’t go mad out there today. We had new brakes to bed in and new tyres but the BMW felt very fast.

I got tucked in behind John McGuinness and Glenn Irwin on my last lap and passed both of them on track to set my fastest time.”

Another rider to enjoy, an extremely productive practice session, within the premier 1000cc class, was Be Wiser Ducati’s Glenn Irwin, who stated:

“It was unreal being out there today. I didn’t expect to be this far up the leader board this quickly. We don’t have any settings at all for the Ducati because it has never been raced here before.”

Michael Dunlop having his first pure roads outing aboard the new GSX-R 1000 Suzuki, was immediately on the pace, finishing third quickest.

Stating afterwards that there is still a lot more to come from himself and the Bennetts Suzuki, it wouldn’t be a surprise to see him wrap up Superbike pole position, tomorrow.

Superstock pace setter Michael Rutter, Martin Jessopp top of the Super Twins time sheets, Silicone Engineering Racing’s Dean Harrison, Lee Johnston all showed good pace, as did Ian Hutchinson, who was not happy at not been able to gain a clear lap or two, he said:

“I am happy with the bike but it was difficult to get a clear run today.” 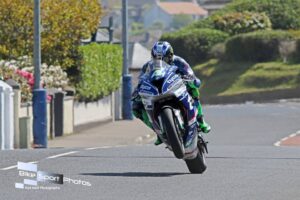 Guy Martin was off the pace, on his return to the coast roads, stating during practice, that competition at the North West, was a means to an end, as he continues his preparation ahead of his highly anticipated TT 2017 voyage.

Expect them all to increase their pace, gradually lap by lap tomorrow around the Triangle, which also sees three races scheduled to take place, including the opening Superstock encounter.