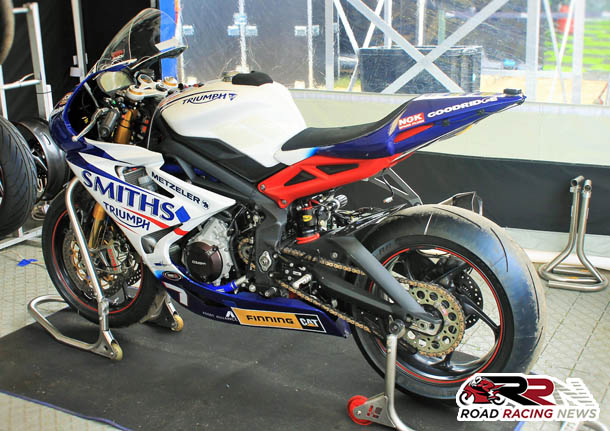 Following on from the announcement of Peter Hickman been confirmed to lead Smiths Racing’s 2017 international roads challenge, it’s also now been announced that the two times Macau GP winner will be piloting the teams TT winning 675 Daytona Triumph.

The machine that propelled Gary Johnson to Monster Energy Supersport race 1 success at TT 2014, although now a few years old, should still prove extremely competitive, not only around the Mountain Course, but also at the North West 200 and the world’s fastest road race, the Ulster Grand Prix. 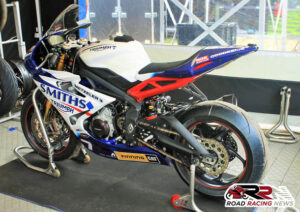 More known for his exploits on Superbike and Superstock machinery, Peter Hickman showcased in 2016, that he can’t ever be discounted from contending for international road race finishes a plenty, in the ultra competitive Supersport class.

Having competed on MV Agusta and Kawasaki mounts, backed both times by TROOPER, competition on the Smiths Racing Triumph marks a brand new Supersport adventure, for the three times international road race winner.

Established amongst the world’s leading pure road racers, he cannot be discounted from putting the famous Triumph name back on the podium, at the premier international roads meetings.

It’s not clear as to whether his new Supersport mount, will have direct backing from Triumph.

One thing’s for sure though, the combination of Hicky and one of motorcycling’s most famous brands, is guaranteed to prove one of the most popular rider/machinery combinations on the roads in 2017.