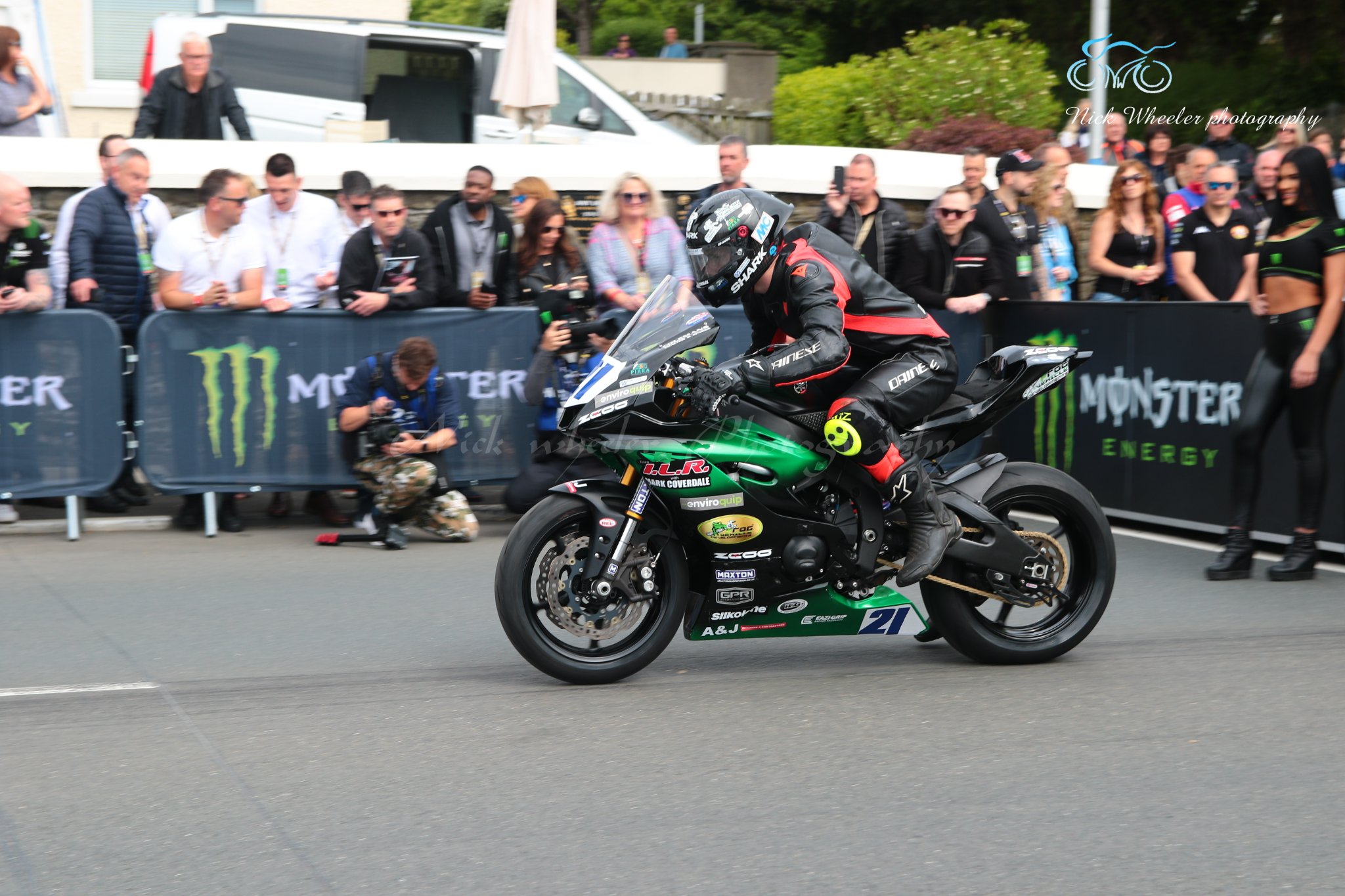 This afternoon post a brisk walk up to the TT paddock, I managed to gain a quick chat with rapid Mountain Course debutant Joe Loughlin to chat all things TT.

Speaking about the mis-hap which ended his Supersport race participation, he stated:

“Ran wide at the Mountain Box, dead on, was on line, then just drifted out, it was rough and that was it.”

One of three TT newcomers to top the 120-mph lap mark during practice week, Loughlin stated he has enjoyed thus far his first taste of TT competition.

“Oh I have yes, the first night definitely was very hard, you do six laps you run out of fuel, you don’t tend to think but when you get to night two, it really comes good, every night it gets a bit better.

The Mountain section is the hardest, over the Mountain you’ve no hedge from the outside as a reference.

Favourite section would probably be Glen Helen, from Doran’s Bend up to Glen Helen, the first sector cause it’s smooth, knee down go through sixth gear corners.”

When asked if he has had to change his riding style for the incomparable Mountain Course, that has gone down well with countless road racing fans over recent times, the North West 200 Super Twins race 2 victor said:

“You have to adapt a wee bit when you hit a bump, you can’t just lean off cause the bike will slide you off more, so you have to kind of sit more on the bike and let the bike run through the bumps.

Were as if you are short scratching, short circuits you’ll upset it more, your foot will slip off the peg and stuff and everything.”

I was also keen to gain his thoughts on what has surprised him about the TT course, his candid reply reads as follows:

“Kerrowmoar, people say it’s bumpy and their definitely right! It’s very bumpy and the whole course is bumpy, that’s probably the thing that surprised me.

Even on the Mountain, you peel into say like the 33rd Milestone, looks smooth next thing you hit a bump and you jump out maybe two foot further then you want to be.

So it’s just all learning, there the bits that are going to take years.”

Looking towards tomorrow’s Bennetts Super Twin, second Monster Energy Supersport encounters, Loughlin stated that he is aiming for a brace of solid results.

Loughlin, who is getting married post TT 2022, added praise a plenty upon suitor, mentor Ian Lougher.

“It’s great, enjoying it so much over the last few years with him and he shows me things that would prevent me from crashing, keeps my head on the ground.”