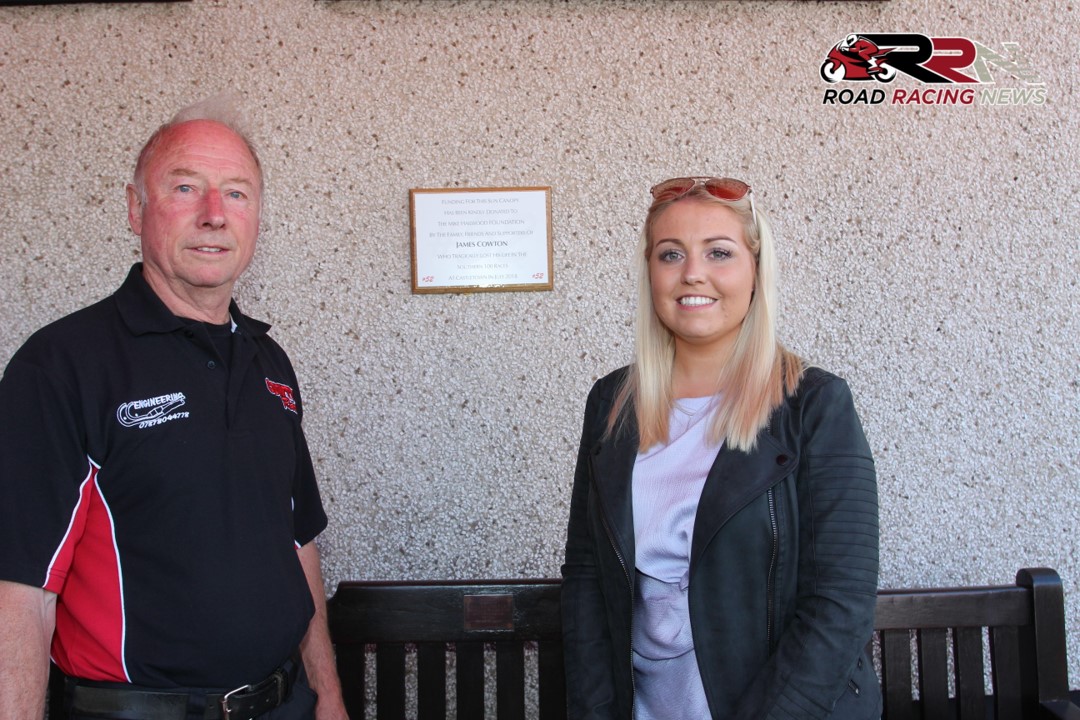 Yesterday morning, a commemorative plaque in honour of the much missed James Cowton was unveiled at the Mike Hailwood Foundation Centre.

The plaque which features James customary number 52, sits alongside a new sun canopy which has been made possible thanks to funding from James family, friends and supporters.

“James absolutely lived for racing, he would never have done anything else, other than race a motorbike. He would have done it with the team or without us.

Obviously myself, Fran, Janet, Neal, a lot more people at home, now run the race team in memory of James.

We have Dominic Herbertson on board and he’s doing absolutely fantastic, he’s doing us proud, he’s doing James proud, we couldn’t thank him enough for what he’s done.”

“I’d also like to say thank-you to the Mike Hailwood Foundation, they’ve been incredible, thank you Dave for getting in touch and going ahead with Adrian Earnshaw’s proceeds with the plaque, it’s been really nice, thank-you so much, it means a real lot to have James always with us at the TT grandstand.

And the love we get as a family and as a team, is just incredible so thank you all so much it’s means the absolute world to us all.” 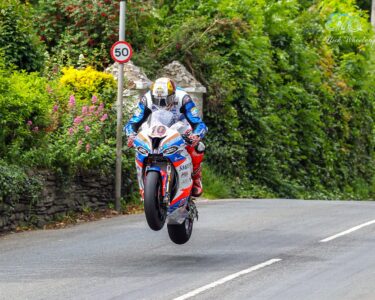