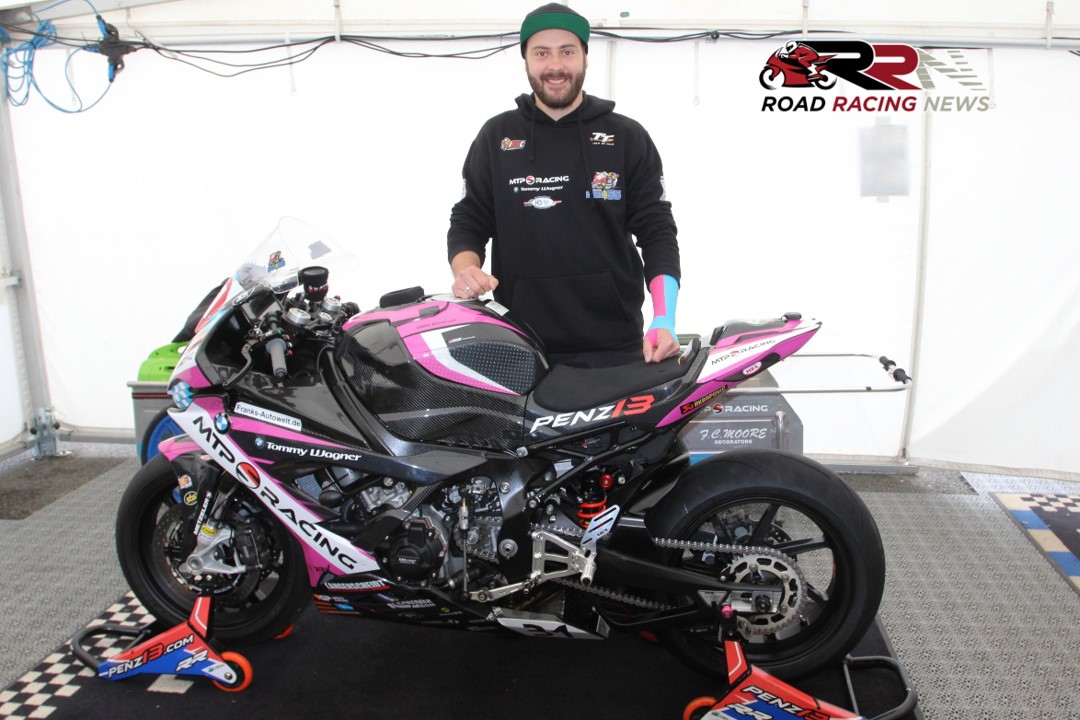 “The first 2 laps were very OK I could improve and improve. Unfortunately in the third I had to do the whole lap short shifting and half gas to try to keep the temperature down because the BMW was running hot again.

This is how my last round was just managed and brought over the line.”

A non finisher in Saturday’s RST Superbike encounter, with muscle inflammation issues curtailing his challenge, he went onto add about yesterday’s racing around the fabled, mythical Mountain Course.

“Merce as Bayer says to the whole MTP-Racing by Syntainics Penz13 team for this opportunity to compete against the best road racers in the world.

I can’t put it into words, a dream became reality.

Thanks to team leader Willi Von www.mtp-racing.de and to the whole Penz 13 crew.”