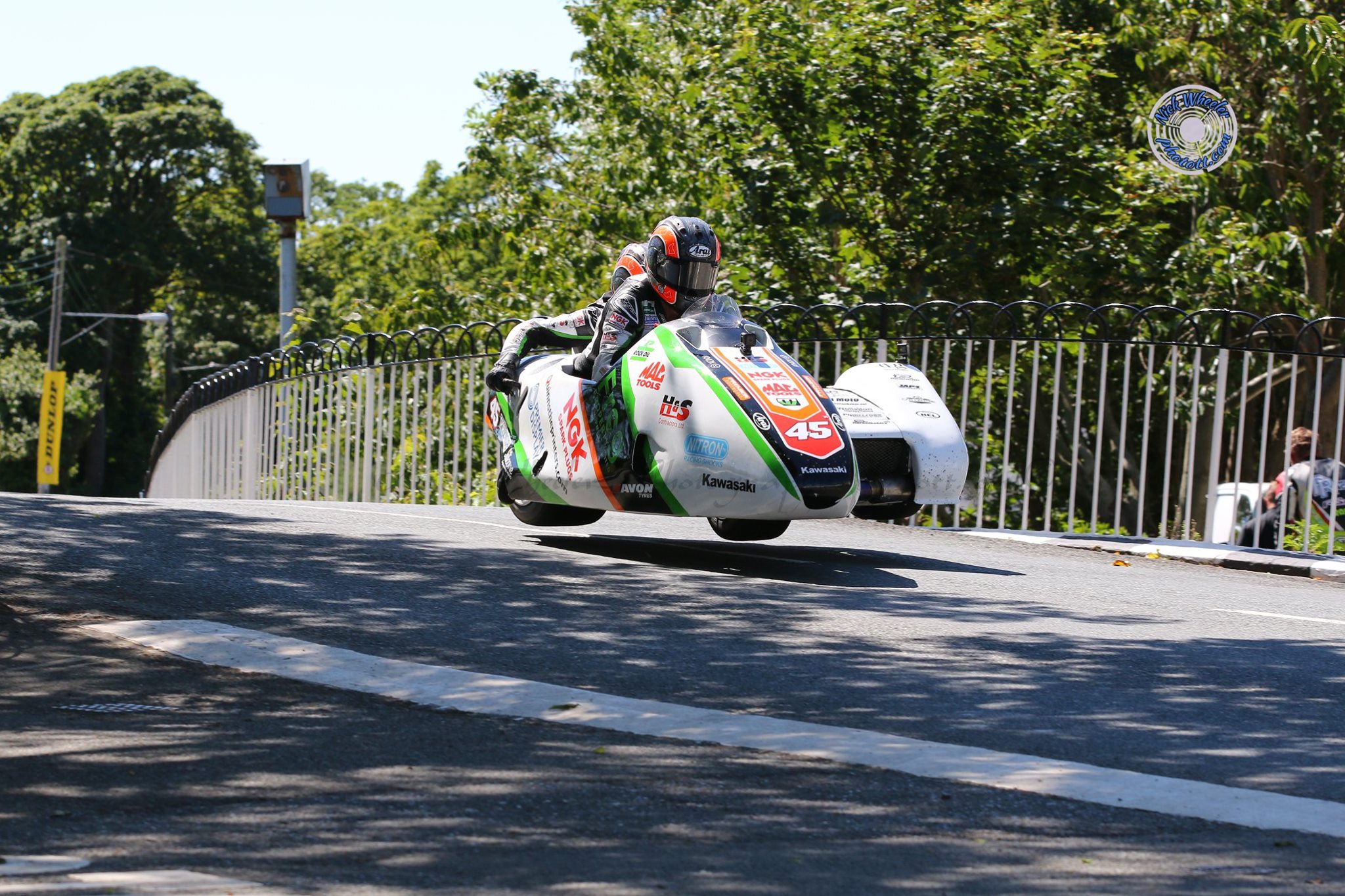 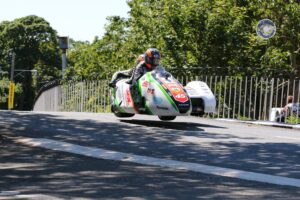 Building upon their experience from the previous race, the second Locate.im Sidecar encounter, reduced in distance to just two laps, would see them finish an excellent 17th in front of respected competitors such as Francois Leblond/Marlene Couillard and Gary Knight/Daniel Evanson.

Additionally 24th within the Bennetts Lightweight race, Thursday of race week yielded a unique historical moment for Costello MBE, who became the first female racer to tackle solo, Sidecar races in the same day, at the illustrious, legendary TT Races. 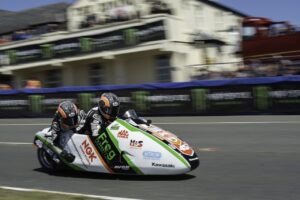 Commenting on the history made, plus reflecting overall on her latest two week stint around the fabled, mythical Mountain Course, she stated:

“I’m so happy, it has been an incredible and probably my best ever TT because I got to achieve history by doing something so special, racing both the solo and a sidecar as an all-female team.

It’s probably been the hardest TT because the weather was disastrous. We had hardly any practice, so we were even more made up with our achievements.

I loved every second on the sidecar and I can’t thank Julie enough for believing in me, and for being a brilliant passenger.

My solo race was always going to be compromised with doing a new discipline here at the same time, but the bad weather and lack of practice impacted it further.

The Paton is a brilliant race bike but we were still making changes in to the race. I’m excited to get some more testing under my belt before my next outing on it.”