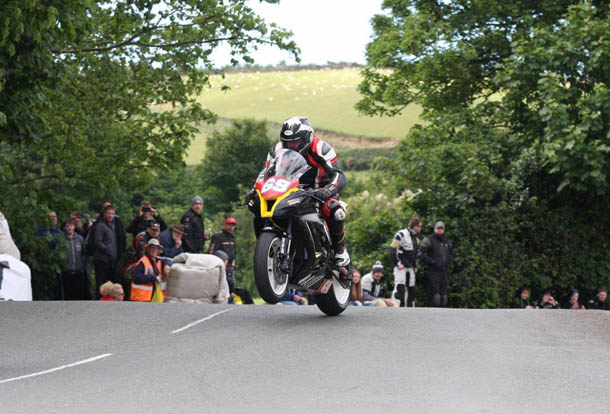 Piloting the WKH Group-Specialist Engineering backed ZX10 Kawasaki, the twice race winner at the Spring Cup National Road Races at Oliver’s Mount, during the four lap race, topped the 122 mph mark for the first time around the Mountain Course, lapping at 122.072 mph. 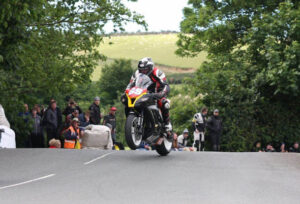 Prior to this feat, the RST Superbike Race, would yield a 35th place finish, securing in the process, a bronze replica trophy.

Competing for the first time Superbike machinery, the racer from Bradford, can’t thank enough Silicone Engineering Racing, for the opportunity, of piloting the teams, steeds from a few years back, previously piloted by former Privateers championship runner up, Russ Mountford.

Looking to post TT 2017, Adrian is considering taking in the Cock of The North Road Races at Oliver’s Mount, plus their is a possibility, of making his Irish roads debut, at Armoy.

Part of one of pure road racing’s greatest racing dynasties, the Harrison’s, he’s a rider who has developed in recent years into an accomplished expert real roads exponent.

Adrian’s next outing at TT 2017, is scheduled to be the second Monster Energy Supersport race, this will be followed by a maiden appearance in the blue riband, Pokerstars Senior TT.