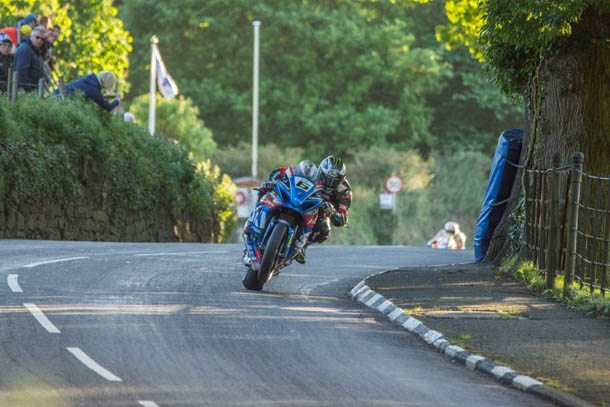 13 times TT winner Michael Dunlop was happy with the performance of the Bennetts Suzuki Superbike, as the all new GSX-R 1000 took to world famous Manx roads, on Tuesday night. 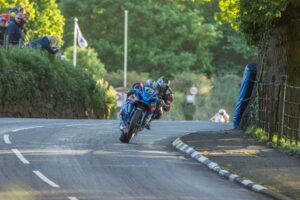 Factory technicians from Japan, where over for last evening’s opening timed practice session, which showcased just serious Suzuki are about returning to the top step of the podium, at the TT Races with Michael. 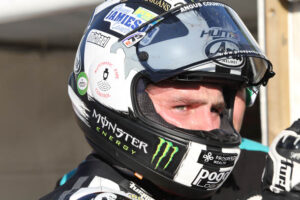 Reflecting on a positive start to his 11th TT campaign, Michael Said:

“It’s a good start. We’re the only team here with a brand new bike and we’ve started strongly.

The boys made some changes after the North West, and we’ve got some work still to do on setup, but it’s good to finally get our TT underway.

It was important to see the bike do laps around here for the first time, but they were two good laps and there’s still more to come.”

“It’s been a very good start. Michael hadn’t ridden the bike in that spec before, so to go out and be competitive right away is already more than we could have asked for tonight.

To be honest, we could have expected to be a bit behind on the opening evening, having a new bike and not a lot of track time, but the bike did everything it should and this is only the start, so we’ll take that.”