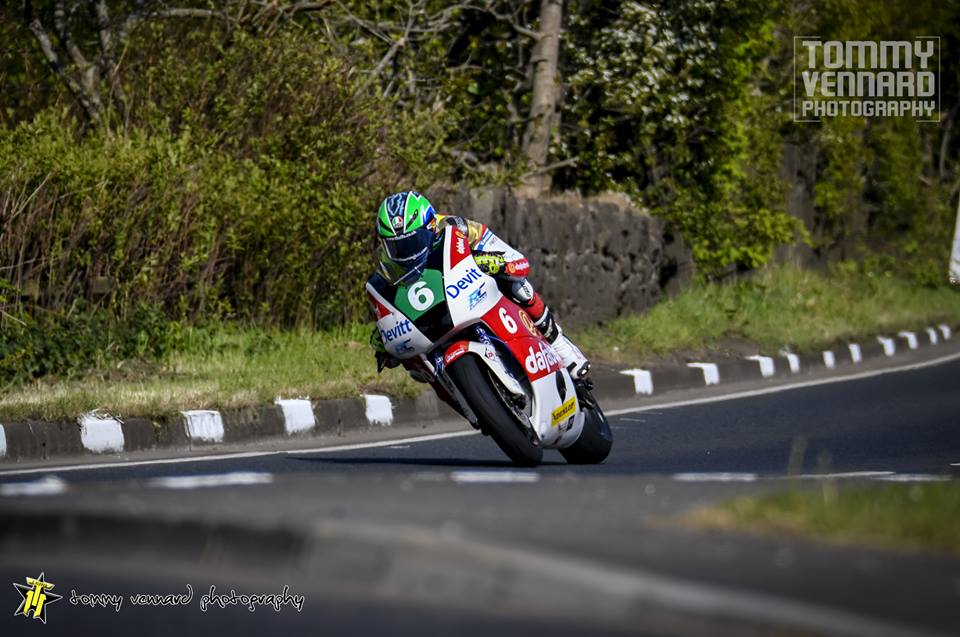 It’s fair to say the 2017 Vauxhall International North West 200, was a tough one for three times Lightweight TT winner’s, RC Express Racing, who run this year under the guise of Dafabet Devitt Racing.

Four engine blow ups, three of them prior to race action, where amongst the most difficult moments of race week at the Portstewart based meeting.

It wasn’t all negative though for the Bristol based outfit, who enjoyed a third North West podium finish, courtesy of Ivan Lintin’s third place finish, in the opening Super Twins encounter. 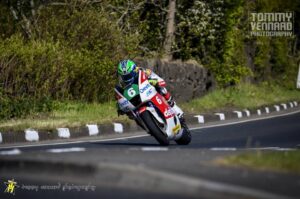 The reigning Lightweight TT champion, also went onto wrap up a respectable 13th place finish, in the first of the two Superstock races.

Reflecting on his latest adventures around the world famous Triangle course, Ivan said:

“It was a tough meeting for all of us with a combination of engine issues affecting us on Tuesday and Thursday and then iffy weather conditions coming into play on Saturday but on the plus side, it was nice to get another podium in Thursday’s Super Twin race.

I made a bit of a poor start as we’d fitted a new gearbox so that’s something I need to improve upon but the race itself went ok and it’s always satisfying to get on the rostrum at an International road race.

Conditions on Saturday were never wet or dry and I gave myself a bit of a scare in the Superbike race but we’re all in one piece and I’m looking forward to the TT now.”

Focusing on the positives from a challenging North West 200, Steve said:

“There were certainly a few ups and downs for all of the team this week but for me personally, there are a lot of positives to take away.

My experience at the North West is quite limited and I didn’t get a lot of track time during the week but when everything went right, I felt really good and comfortable on the ZX-10R.

Saturday’s Superstock race was an awful lot of fun and I was running with riders who finished on the podium but when Jamie Coward’s bike blew up on the final lap going into University, I had to back off.

It dropped me back to 11th but my speeds were good and we were very competitive so it’s put me in a good frame of mind for the TT.”

“It’s certainly been a tough meeting for the team to have four engine blow ups, three before the races had even started, and it gave us a major headache. It’s a really tough circuit on engines and, unfortunately, it was our turn to suffer this week but it was good to see Ivan get another podium in the Supertwin class.

He rode a smart race and with further improvements to the bike, we’re quietly confident with our TT chances.

On Saturday, the conditions were very mixed and that makes it difficult for everyone particularly with tyre choice and then with an oil spill as well, it’s hard for the riders to go out in those conditions.

Wet roads and 200 mph Superbikes isn’t a good mix and we’re not a team to go and force our riders to go out and ride so we respected their decisions and supported them all the way.

Steve had a good ride in the Superstock race so that, along with Ivan’s rostrum, made up for the problems so we’ve now got a busy two weeks ahead of us to get everything ready for the TT.”