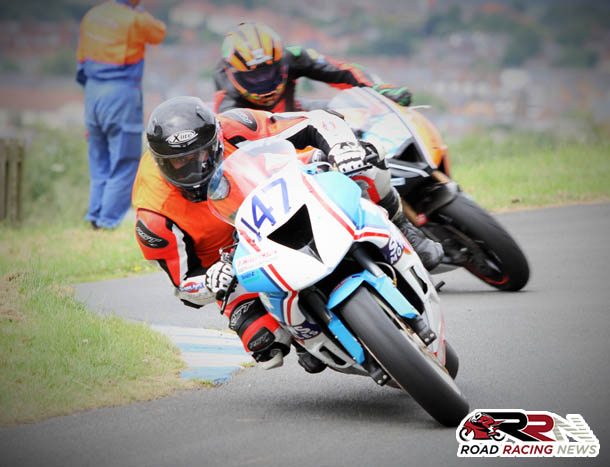 Winner of both Junior B races on his Oliver’s Mount debut, at last years Cock O’The North Road Races, talented up coming road racer Steven Haddow is the next rider to take on Road Racing News, ten questions challenge.

Planning to make his Manx Grand Prix debut this year, his answers to the popular series of questions, are as follows:

“Having only competed at Oliver’s Mount last season, it’s gave me a taste of what’s to come when I venture over this year to Ireland and the Isle of Man.” 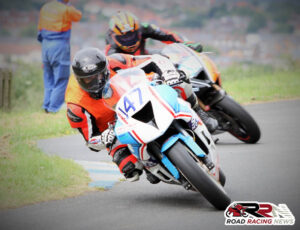 “My Pre-Injection R6 Yamaha, as I have learnt a lot on that bike and have won a lot on it.”

“I enjoy the relaxed atmosphere around the paddocks and I feel more comfortable riding slightly reserved, as a mistake isn’t an option.”

“I haven’t had the chance to race any of the big ones yet, but hoping to gain an entry for the Ulster GP, Manx GP for this coming season.”

“Most respected rival I would say is Patrick Forman, we have had some good battles in the Pre-Injection class.”

“Winning the Junior 600 B races at Oliver’s Mount at the Cock O’The North Road Races, my first time at Scarborough was good having never been there before and was also competing on a new bike.”

“West coast of Scotland, as it was where I learnt to ride. Some spectacular roads that could be put to good use.”

“Supersport as it suits my style of riding.”