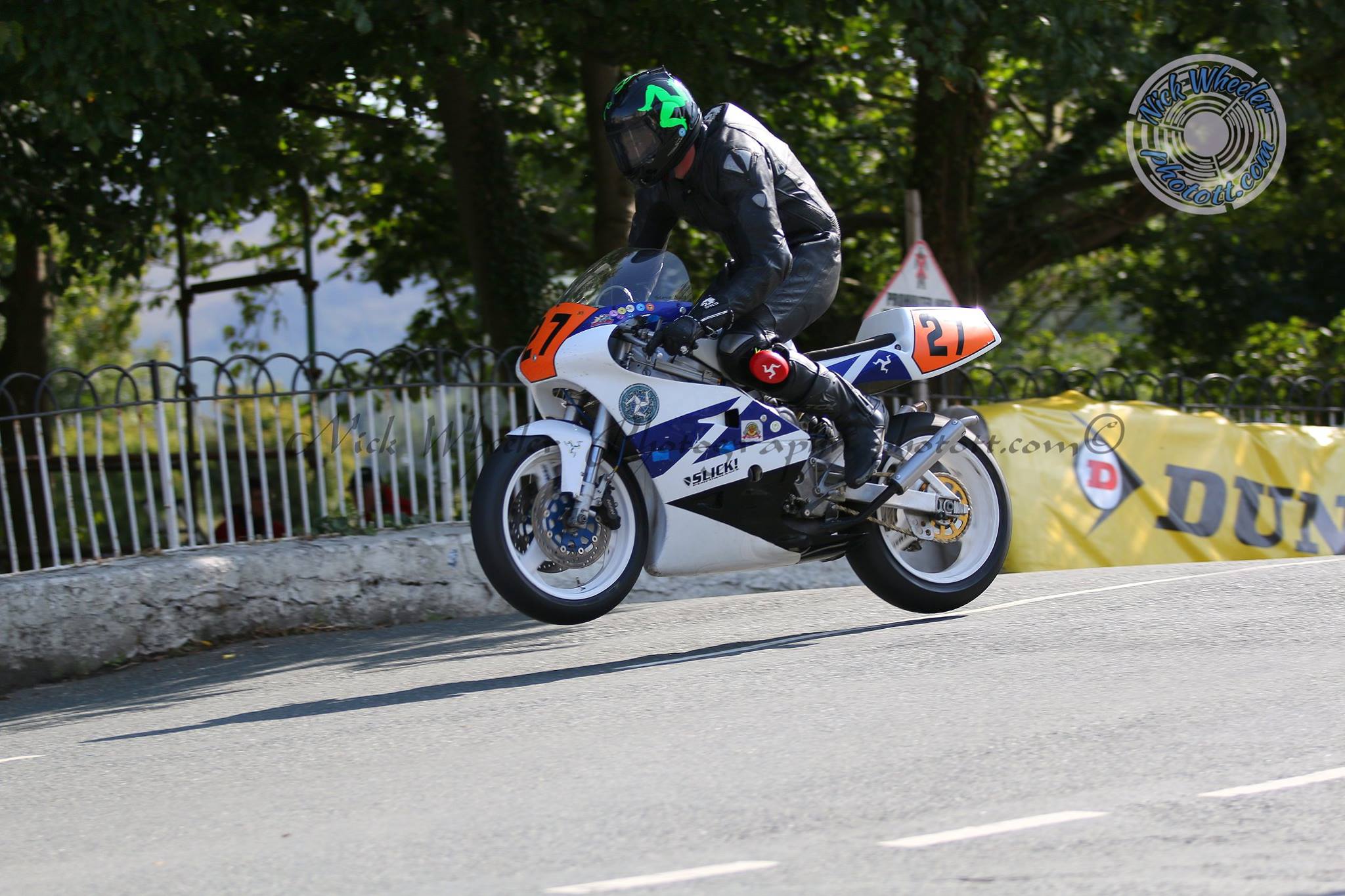 The Manxman’s answers to the popular series of questions, are as follows:

“Southern 100, it’s such a brilliantly run meeting, and has a great atmosphere with many lovely people.”

“Best part of competing on the roads is the people you meet, other racers, marshals & fans.”

“Most respected rival is between Andrew Cowie, Eddie Venn & Steve Gregg, as we’ve all come through the ranks together & had many brilliant & close battles, with great craic afterwards.”

“Best roads moment has to be finishing 8th in this years Lightweight Classic TT, on my wonderful TZ 250.” 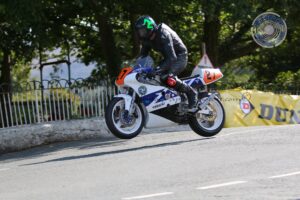 “I’d love to see the old Ramsey road race brought back, heard of it but way before my time. I’d right fancy a shot at that!”

“My road race Hero is the late, great Gary Carswell. I knew him from before I ever intended to race, then I was badly smashed up on the road in 2009 & in Hospital with Gary when he had his big TT off at Ballacrye.

His advice & enthusiasm to keep going through it all really helped me & inspired me to race, with the goal to end up on the Mountain Course, despite having been told by the medical professionals that I’d probably never be able to ride a bike again.”

“Get rid of both and go two stroke again!”

“I suppose fastest lap is preferable.”