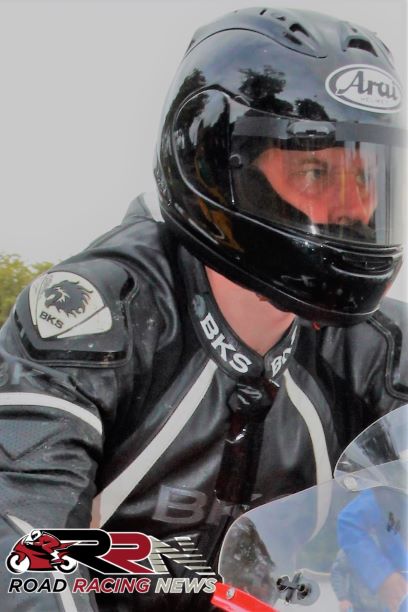 A collector of a series of excellent results at the Manx Grand Prix, including finishing fifth in the 2014 Newcomers C race, Solihull based Simon Long is the next racer to take part in Road Racing News worldwide popular ten questions challenge.

Another example of a true unsung real roads hero, his answers to the popular series of questions are as follows:

“As a spectator the ‘Carrowdore 100’, the nearest road race to where I grew up. It used to scare the life out of me. These days probably Tandragee. I only raced at Scarborough and the Manx though.”

“RC30 Honda. Hearing a group of RC30’s on the road at full chat was pretty special. A CBR 400 is the only bike I have raced on road circuits. Superb handling bikes, it’s a shame the 400 class is dying out. My trusty R6 Yamaha on short circuits.”

“The camaraderie in the paddock, the buzz of riding fast on a road you drove down the day before, and the sense of achievement to finish a race.”

“From a spectating point of view the Ulster GP is my favourite, but I never rode in it or the North West. So as a rider I would have to say the Mountain Course.” 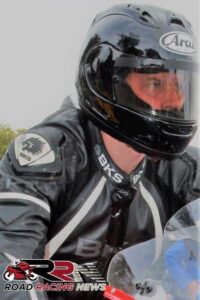 “I respect anyone who races on road courses. I went racing with Dan Hobson who was pretty handy on 400’s at the Manx. I’ll say him and he can buy me a beer later.”

“The Manx Grand Prix finishes mean a lot to me, and getting replicas for those was special too. A lot of people outside racing don’t realise the time and effort that goes into just getting there, and doing it.”

“If it’s not going to be Carrowdore, I will go for somewhere in Warwickshire (so I can sleep in my own bed). There’s plenty of nice country roads round there.”

“Joey Dunlop, his picture is on the wall at home. But there were loads to be honest, (Sam) McClements, (Steve) Cull, (Brian) Reid, (Richard) Britton, (Steve) Hislop.”

“Fastest lap, it’s the race that counts but I am not sure I ever got either.”