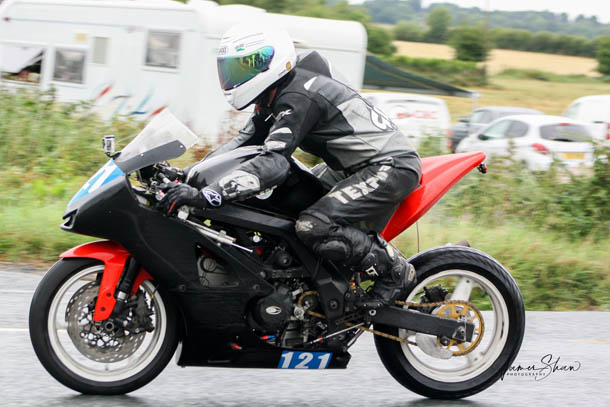 Michael’s answers to the popular series of questions, are as follows:

“Has to be the Kells Road Races, plenty of jumps and great atmosphere.”

“Has to be the GSXR 1000 Suzuki I raced last year in the Superbike Cup, the Super Twin is also good fun and easy to throw about.”

“The atmosphere of road racing is brilliant, like one big family, and the adrenaline rush of racing on the roads is brilliant too.” 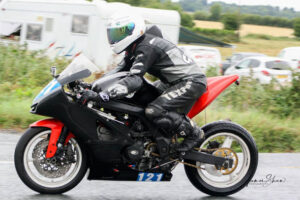 “Finishing 3rd in the Mondello Masters Superbike Cup last year. Competing at the Manx Grand Prix in 2009 and finishing in the top ten of the Newcomers A race.”

“Be nice to see more road races in the west of Ireland, closer to home.”

“Superbike, plenty of power to pull out of the corner and fighting to keep the front wheel down, great fun.”

“Fastest lap, you know you can win if you get the fastest lap.”