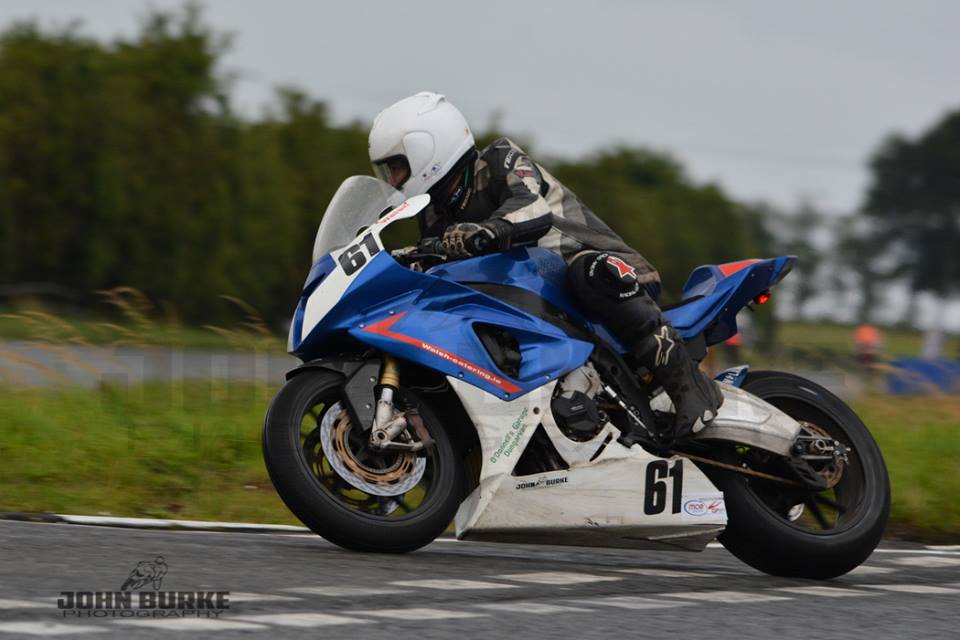 For over a decade consistently in contention for first rate results at Irish national roads events such as Faugheen, Skerries and Cookstown, 11th in the 2011 IRRC Superbike championship, the hugely respected John Walsh is the next racer to take part in Road Racing News, ten questions challenge.

John’s answers to the popular series of questions, are as follows:

“My favourite circuit to ride was Skerries, but I enjoyed them all.”

“My ex Martin Finnegan R1 Yamaha super bike was fantastic to ride, and I’m getting a spin on her again at Skerries this year, but I’d have to say my favourite was Peter Nolan’s ballistic BMW.” 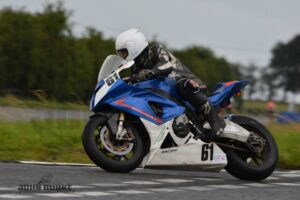 “I loved the whole buzz of getting ready to leave for each race, meeting your road race friends and families, the thrill of each circuit and getting to pin a super bike down roads you’d think twice about herding goats along.”

“Everyone who has the guts to go road racing has my respect.”

“Coming too in the CT scanner in the Royal Belfast hospital, after my Ulster GP accident in 2016 and realising I wasn’t dead was nice.

Winning the first race at our revived Faugheen meeting where I first watched bikes as a young lad, was pretty cool as well.”

“Road racing is a bit more common than people here realise. I raced all round Europe in the IRRC, it was fantastic.”