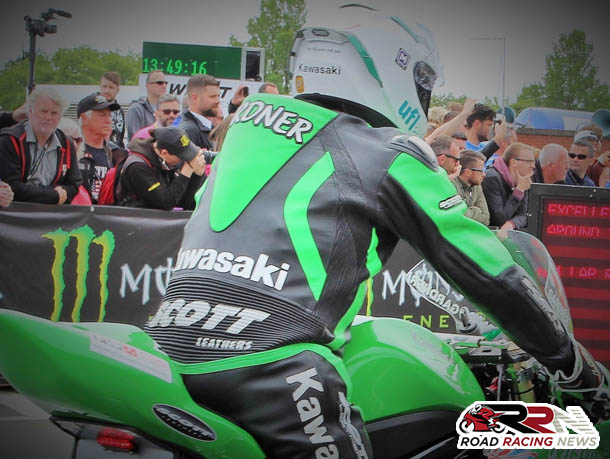 Ian’s answers to the popular series of questions, are as follows:

“Love Oliver’s Mount, excellent for spectators, you can be out racing on your own around there and it can be so much fun.”

It’s like riding around the local park, so tight and twisty with a couple of jumps. It is actually quite frightening to watch but great fun to ride.”

“Any Kawasaki and it has to be green!”

“The sense of thrashing a bike round on an open road, nothing compares, friends and characters around the paddock are so special they are like a second family.” 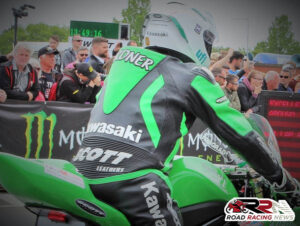 “I have only done the TT, but wish I had gone to the roads sooner, may one day compete at the North West 200 and Ulster Grand Prix, never say never.”

“None we are all mates out there, respect to them all, first or last. God bless to those we have lost.”

“Went to the TT in 1998 to spectate, obviously at the time only dreamt of racing there and never would have believed 9 years later, I would be racing in the Manx and now the TT.

All my trophies from competition on the Mountain Course are special to me.”

“Would love a track in Tenerife, sell up and retire and race in paradise. Other choice would be Durham as it has some cracking back roads.”

“Well Barry Sheene was a massive influence to me when I was younger, and made me want to start racing bikes.

The late great Steve Hislop was absolutely brilliant when he gelled with the bike, lately I have watched Dean Harrison progress into a great road rider, and particularly like his style and determination.”

“That ZXR 750 Kawasaki I ride at the classic TT makes me smile every time I ride it, bog standard other than the suspension.

Like riding an armchair till you hit the corners, jumping back onto the Super Twin afterwards brings you bang back up to date.”

“Going to be greedy here, got to be both then a win to follow. Perfect!”