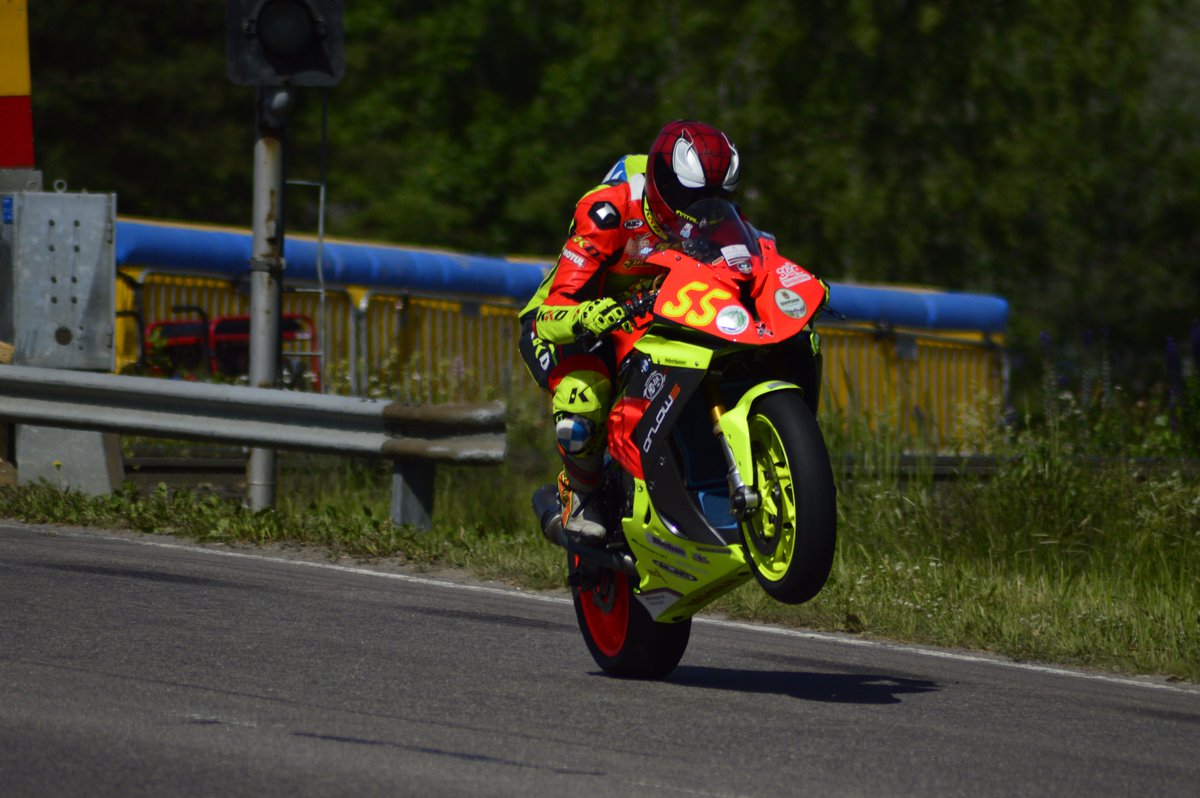 A points finisher within 10 of the 12 rounds of last years IRRC Superbike series, rising German roads star David Datzer is the next rider to take part in Road Racing News, ten questions challenge.

“My Favourite National Roads Meeting is Imatra in Finland! I like it in Imatra, the people, the track and the event! It’s fun to be here every year! Year after year it gets better with the organisation!

The results for me here since 2016 have so far been good, been an ex Moto GP track it adds to the interest, prestige and competition here, making gaining good results all the more satisfying.”

“My favourite racing bike is the BMW S1000RR, I’ve raced the last 3 years on a 2012 BMW! She was good but not competitive in comparison to the current spec BMW! For this year I will pilot a completely new BMW and I think that I will love her.”

“The best part about the roads scene is simply the difference to normal circuit race tracks! It’s more demanding, more exciting, and more beautiful than at normal venues.

I found the fun and gained the love of road racing in 2015 at Horice, since then I just want to compete on the roads and show what I can do and be competitive, I love road racing.” 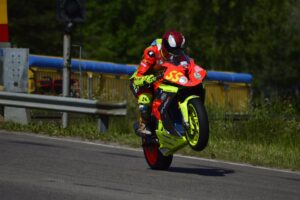 “For me of course my goal in the future, is to compete at the TT! I really wanted to race the North West 200 this year, but it’s still a bit shaky in terms of my participation there. This year I will become a father, plus I have lots of work commitments.

But for 2019, I’m planning to make my North West 200 and Ulster GP debuts, hopefully I’ll enjoy both events.”

“My most respected rival is my team mate Nico Müller! I think he needs the 2nd season in the IRRC to show what he can do!

I also really respect the fastest German road racer Didier Grams! I want to show this season that I am able to keep up with Didier, or to be faster than him! But on the whole I respect everyone who is competing in the highly competitive IRRC series.”

“The best moment for me was in 2017 at Imatra! The first and second Superbike races competing alongside Dan Kneen, Alex Polita and Michael Rutter and even keeping up with them was absolutely amazing!

Also my first road racing event at 300 Curves of Gustav Havel, Horice in 2015, securing an eighth place finish, I was more than happy and could hardly believe it.”

“hmm difficult question! Of course, I am always happy when events are happening at Frohburg! In my own country (Germany) a really big road racing event would be really nice! But for me the TT can’t be equalled, it’s the thing I have dreamed of since I was a boy.”

“I would say Didier Grams is one of them, as he’s a fellow German road racer and good friend, who’s already achieved so much, deserves my greatest respect!

Also Horst Saiger, I’ve watched his videos, it adds to the road racing fever! Plus Ian Hutchinson, after what’s he’s been through and come back and returned to the winners circle. Hat’s off, respect!”

“Superbike! I’ve been riding Supersport machines for many years, but the Superbikes are just the master class for performance and speed!

But I would also like to pilot Supersport machinery alongside the Superbike class in the IRRC! For this though I need the money, which isn’t easy to gain as a privateer racer!”