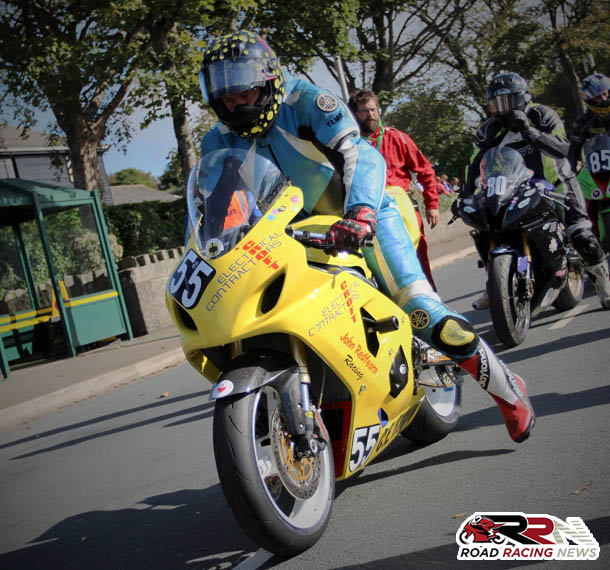 12th in the Lightweight Manx GP of 2012, Colin’s answers to the popular series of questions, are as follows:

“Favourite national has to be the Mid Antrim 150, circuit has everything. Scared the s##t out of me when I first saw it.”

“It’s the whole package for me, the buzz of the race and the fun of the paddock.”

“Not actually competed at any of these meetings, so for me most important event is the Manx GP.” 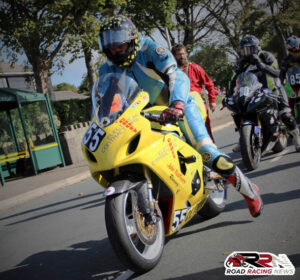 “Just about anybody who is out there having a go, the biggest competition is time and money just to compete.”

“My first practice session at the Manx GP, riding round the Mountain Course is such an immense experience.”

“Like most people I would love a race on my own doorstep, just outside Lancaster. I think most road racers plan races where they live as they drive around.”

“Anyone who cocks a leg over a bike & gives it their best shot, first or last is a hero in my eye.”

“Classic Superbike for me.”

“Would be very happy to have either.”