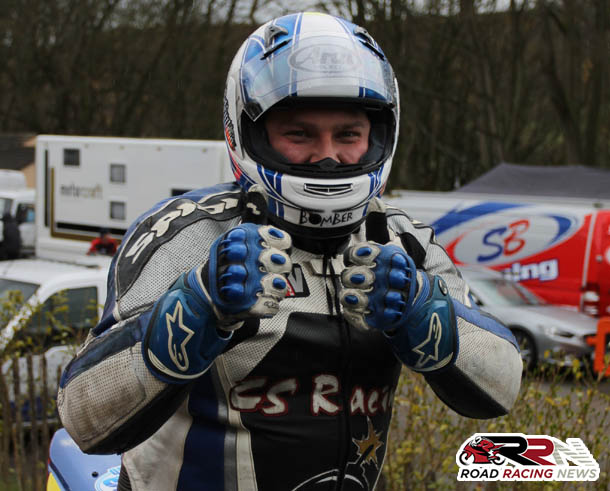 Christian’s answers to the popular series of questions, are as follows:

“My favourite road race meeting would have to be at the minute, the Manx GP. It’s where my heart is at the minute as it’s a big challenge and takes guts and courage to compete, and most of the lads and lassies that do it are doing it for the love of the place and I like that side of it.”

“Favourite race bike would of been my Suzuki K3 from back in 2004, my first ever 1000cc bike and she scared the crap out of me and I loved it.

Next machine on the cards for me is a BMW S1000RR, been wanting one for a while but being a tight bugger at the minute.”

“I enjoy racing on the roads as it’s a different buzz to short circuit stuff, looking from the outside in, it must look crazy but it’s attention to detail and a personal achievement to every racer that takes part!!” 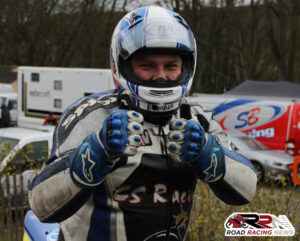 “TT hits the top step for me, everything else is just teasing, don’t get me wrong, every road race you have to throw your balls up the wall, but racing a 1000cc around the TT course must be mental and I can’t wait for the day it happens.”

“Most respected rival is a hard one for me cause I respect anybody that does it, the road racing game is small and like a small family, I race around Oliver’s Mount with lads that I trust and rub shoulders with them every time I’m there, and it’s mega fun so I respect them all.”

“My best road race moment so far would have to be the Manx GP newcomers race from 2014, just to have completed an Isle of Man race ticked a massive box in my life, and to still be apart of Mountain Course competition now is an awesome feeling!!”

“I would love a road race on the B roads of Lincolnshire, I know most of them well and think I’d do real well, I mean the local police can’t keep up so would fancy my chances in a proper race!!”

“My road racing hero would have to be David Jefferies, he was a machine and a proper hardcore racer.”

“Fastest lap, as that’s what I’m chasing at the minute, over on the Isle of Man!!”