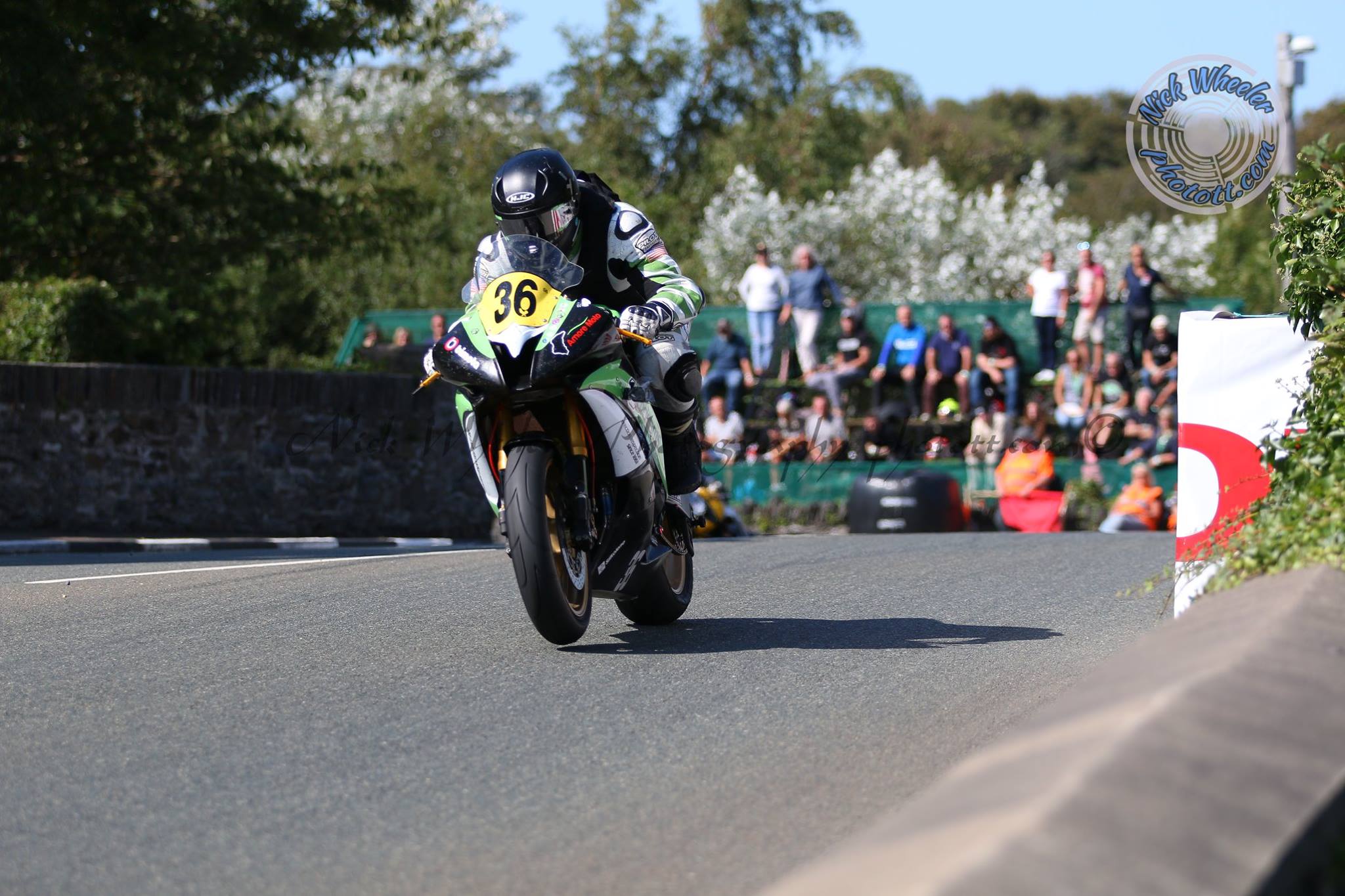 Established amongst America’s foremost International road racers of the past ten years, his answers to the popular series of questions are as follows:

“I’ve actually only ever ridden on the TT Course, as far as real-roads circuits go. My favourite short-course circuit would probably have to be Road Atlanta, in the USA.

It’s got the perfect combination of tucked-in absolutely screaming top-gear straights, stand-it-on-the-nose-and-back-it-in braking sections, and fling-it-side-to-side esses. I’ve heard some pretty amazing things about Suzuka too, but I’ve yet to get a chance to ride there.”

“Easily my 2016 Yamaha R1. When I was in the market for a new one, I remember complaining to one of my friends that I just wanted “an R6 with 200hp”. He called me an idiot and told me to check out the new R1, and he was right.”

“The ‘family’ that comes with it, without a doubt. Race paddocks in short-course series like WERA, AMA and BSB etc all have a family aspect to them as well, but the roads paddock takes it to another level.

I’ve been invited to stay at the homes of my competitors, I’ve had race parents effectively adopt me for the fortnight, and when the worst happens and a rider gets hurt or, god forbid, killed, then I’ve seen the paddock rally around that rider’s widow and children and not only ensure their well-being for the future but also continue to love and care for them as the rider would have.

Every one of the riders out on the course with me is a brother or sister of mine.”

“Well, like I said earlier, I’ve actually yet to compete at the North West 200 or the Ulster GP. I can’t really imagine either of them actually taking the crown away from the TT, but I’m hoping to give them a chance to in 2019, at least!” 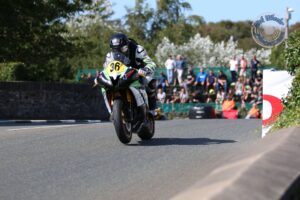 “This one’s funny. I haven’t actually really done enough of any one series consistently to develop a solid rivalry with someone.

I’ve always hopped around from race to race, just choosing circuits and match-ups that look interesting or fun instead of following a championship (and thus constantly racing the same people).

I’ll have a rival for a weekend, but usually by the time I come back and see that competitor again it’s been long enough that we’re each focusing on different things.”

“In the Senior Manx GP this year, I think on the third lap, I had been trying to pass someone all the way from Kirk Michael to Ballaugh, and finally made the pass coming into Ballaugh Bridge.

However, I quickly realised that the red mist had gotten the better of me, and that I wasn’t going to be able to slow down to the speed I wanted to be at for the jump.

So still in the middle of third gear, I just pointed the right way and prayed I wouldn’t crap my leathers as I absolutely launched the bike over the bridge, then realised a moment later that I was still on and everything had worked out, so clicked my gear and got back on the gas.

I probably didn’t fly nearly as far as I thought I did, and in all reality I probably still didn’t even go over the bridge as fast as the the front guys, but that was the epitome of a ‘get it together and keep racing!’ moment.”

“Ibiza. The party afterwards would be more dangerous than the race!”

“John McGuinness. I’m a McPint fan, through-and-through. Not only is he so smooth and experienced that he makes riding the TT Course look easy, but he’s also just one of the nicest and most down-to-earth guys you could meet.

I met him by coincidence in 2012 after a pretty terrible TT for me; we were both eating dinner with our families at the same restaurant and he noticed the cast on my arm from my crash in Supersport Race 1, and spent a few minutes talking with me about it and the TT in general.

He didn’t have to, in fact he had plenty of reasons not to, but instead there we were with one of the absolute legends of the sport making some no-name back marker feel better about crashing out of his first TT. They say never meet your heroes, but John McGuinness definitely lived up to himself.”

“Superbike. Is there anything in the world better than power sliding out of a corner, with your kneen down and your front wheel in the air?.”

“Probably pole position. In order to get it, you’ve got to have already set the fastest lap in qualifying! That said, clearing off and never seeing another bike is a convincing way to win but definitely not the most fun one.

Give me a solid battle with passes back and forth any day, that’s were the real victory cries come from, as long as my pass is the last one to happen.”