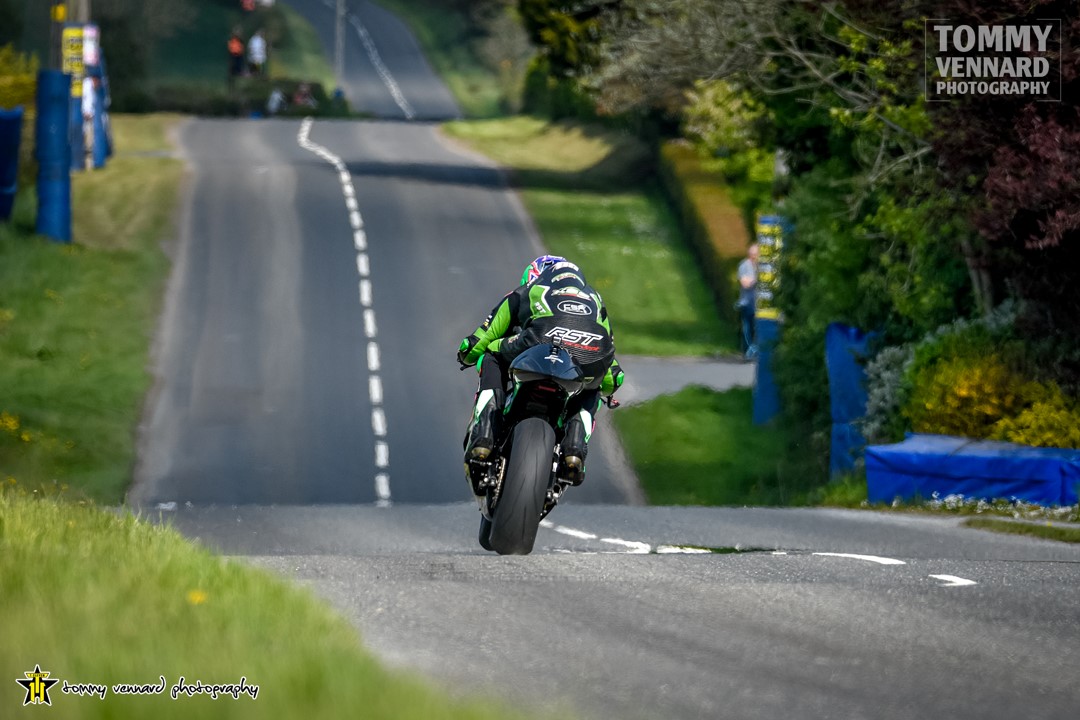 Post newcomers practice sessions, fifteen minutes plus behind schedule, qualifying at the first Around A Pound Tandragee 100 of the 2020’s, kick-started with the race for Super Twins pole position.

Decent conditions all round saw a number of competitors showcase their Twins class calibre including qualifying pace setter Michael Sweeney.

Emerging fastest from Junior 250 Classics qualifying was Brian Mateer whilst under 0.2 of a second covered second, third quickest Richard Ford and Philip Shaw.

The aforementioned O’Siochru finished P3 on the times sheet one place in front of another upcoming real roads talent, Keelim Ryan.

Tandragee: Sweeney To The Fore In Big Bike Qualifying