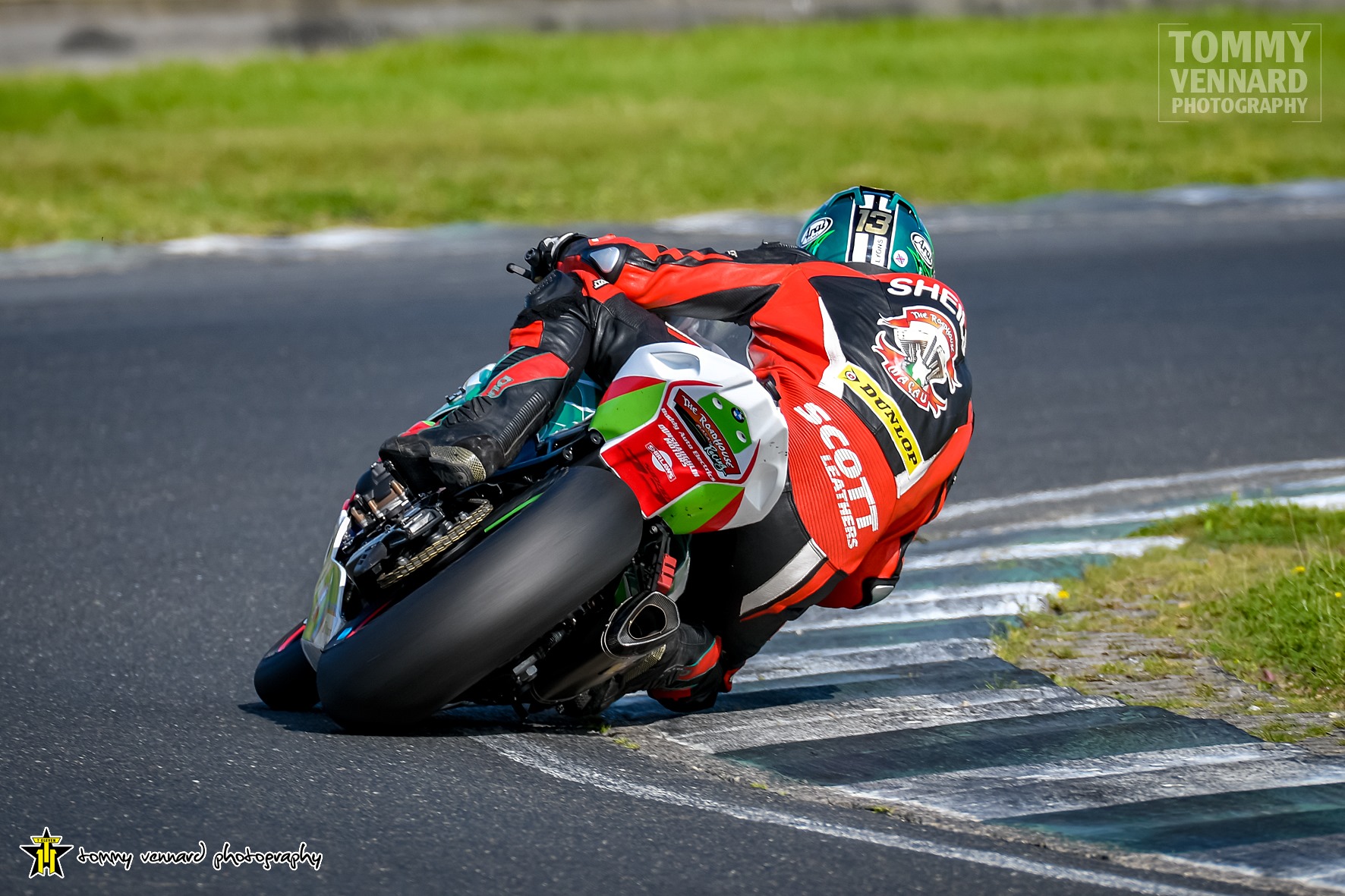 The next 1000cc contest saw Mid Antrim 150, Faugheen 50 lap record holder Sheils again occupy position no.1 at the end of 12 competitive laps around Mondello Park but in contrast to the previous aforementioned race, it wasn’t as plain sailing as Thomas O’Grady provided stiff opposition.