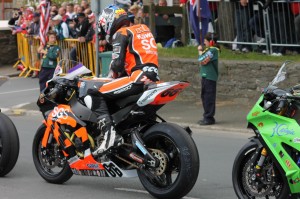 Danny Webb had a successful TT debut as the former moto 3 world championship rider made his road racing debut for KMR Kawasaki.

Next up was superstock race where another 37th place finish was recorded as the newcomer to road racing began to steadily get to grips with worlds most famous road race circuit. 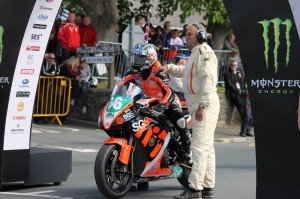 The bike nation lightweight race would see Danny produce his best performance at TT 2014 securing 14th place finish on KMR Kawasaki super twin. It was a great performance from a rider who has the components to become a top competitor at the Isle of Man TT.

This great result was followed by another with 30th place finish in senior TT where Danny achieved personal best lap time at TT 2014 with lap speed of over 120 mph. In all its great to see a rider of Danny Webb’s calibre make his Isle of Man TT debut this year, long term Danny is aiming to become a TT winner and theres no doubt he has the talent to become one.