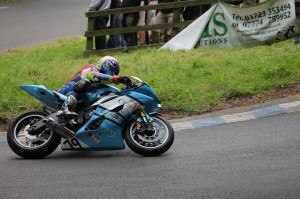 12th place finish was recorded to round off a top debut at Oliver’s Mount. Looking to the future Don is planning on competing at many more road races including aiming to make his debut at the worlds greatest road race the Isle of Man TT.