Successful Return To Isle of Man TT For Ian Bell 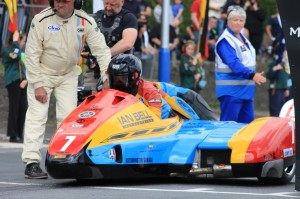 TT 2014 marked a return to the mountain course for the first time in eleven years for Ian Bell. The two time sidecar TT winner had a productive practice week and went into both Sure sidecar TT races looking forward to seeing how his teams Yamaha powered outfit would perform.

Ian’s son Carl made his TT debut this year as a passenger, the talented sidecar competitor has achieved in recent years top results with dad Ian at Oliver’s Mount and Southern 100. 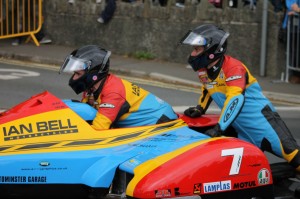 Opening Sure sidecar TT race 1 would see the duo produce a superb performance finishing in 4th place. Without a doubt Ian and Carl’s result was one of the performances of the race.