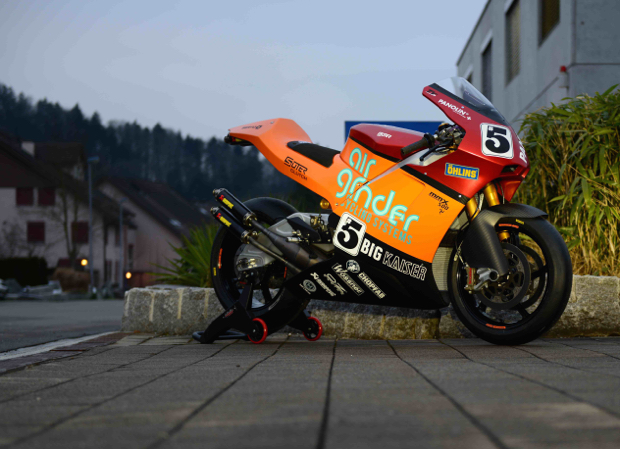 Multiple pure road racing stars past and present, have been stating on line, their opinions on Suter’s TT 2016 entry.

Ian Lougher is confirmed as one of Suter’s TT 2016 line up, it’s still to be confirmed as to who will be joining the ten times TT winners, in the Switzerland based outfit.

Commenting on Linked In, 11 times Isle of Man TT winner Philip McCallen stated his opinion, on how the MMX500 Suter would compare to the full blown Honda, Kawasaki, BMW, Yamaha superbikes.

“We had the same situation many years ago, when some people reckoned the 500 Honda could beat the RC45. This 500 will be a good bike but it will not beat a 1000cc Superbike in full swing.”

Fifth place finisher in the 1995 senior TT David Goodley, also stated his view on Linked In.

“This is a breath of fresh air – the TT is thankfully today being promoted and recognized for what it truly is, the greatest sporting event on the planet, the level of professionalism and standard of riding through out the field is way way deeper then when I knocked around there.

However part of the spectacle and attraction of the TT is the noise, and since the tragic death of the 2 stroke the TT looks and sounds like a track day. Bringing the Suter to the TT is fantastic news, I hope that they get a good solid year in, top 15 will be an excellent result and return for many more.” 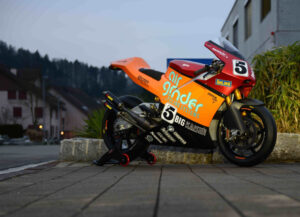 Seasoned TT Races competitor Steve Heneghan, said one word on Facebook, in summing up his view of Ian Lougher piloting the MMX500 Suter, around the Mountain Course, “Epic!!”

Paul Owen added on Facebook, “will be good to see something different.”

In general the addition of two MMX500 Suter’s to the entry list at TT 2016, has not only captured the imaginations of fans, marshals, the TT organisers, but the riders and teams as well.

Gareth Evans Tipped To Impress At The 2016 Manx Grand Prix