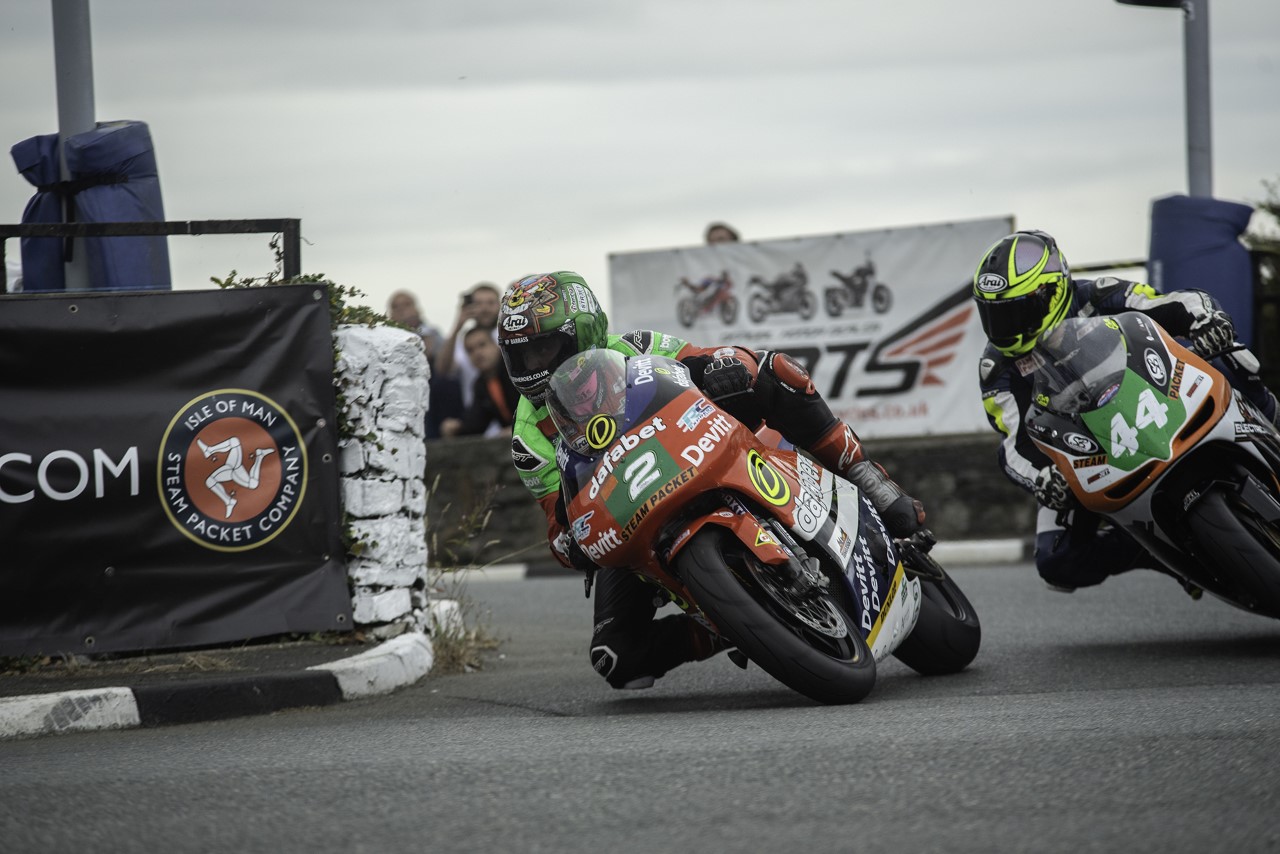 David McConnachy added his name to the list of race winners at this year’s Southern 100, following an excellent all-round performance within the second JCK Ltd Supersport B race.

Just over two seconds clear out front at the end of the seven lap race, Cramlington’s McConnachy issued his delight post race at claiming race honours.

Finishing two seconds behind McConnachy was the ever enthusiastic Don Gilbert, as roads veteran Dennis Booth concluded the rostrum finishers.

Victorious by just over 6.7 seconds, you could tell how race victory meant to the hugely respected roads veteran, who’s raced competitively since the late 1990’s.

Runner up behind Booth, was IRRC regular Jean Pierre Polet, who became the first racer from Belgium in the current decade to secure a S100 podium finish.

Long term leaders of the four-lap race, Reeves/Wilkes dropped behind Alan Founds/Jake Lowther at Cross Four Ways on lap four, before powering their way back into race lead, which they held to the chequered flag, winning by just over 0.42 of a second. 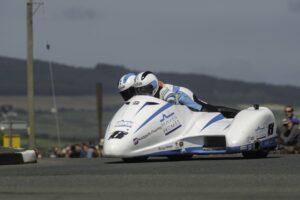 Closely pursued by John Lowther/Robert Child, the Crowe brothers who have switched to Yamaha power for their maiden Billown course tenure, race winning margin after two laps stood at 1.42 seconds. 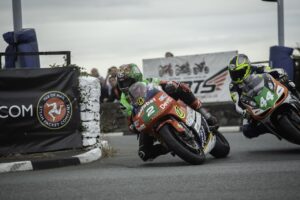 Same as on Tuesday evening, Herbertson was battling KTS Racing’s Rob Hodson for class spoils, and was starting to come under increasing pressure from the 2015 Super Twins Manx GP winner, prior to SMT supported Hodson retiring on lap five between Ballakeighan and the Iron Gate sections of the Billown course.