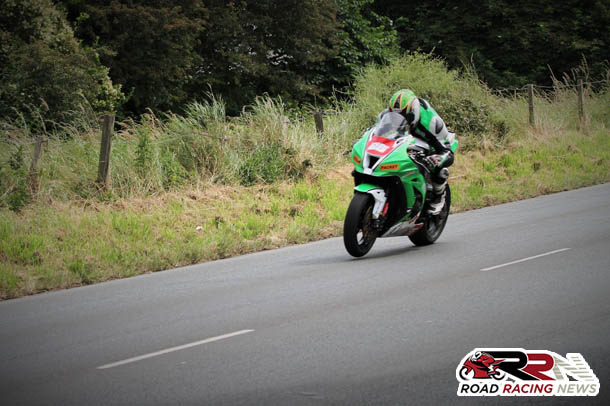 Vastly impressing on his Billown debut, Irish roads front runner Derek McGee was crowned last evening as the leading newcomer of the 2017 Southern 100.

Going into the meeting, as one of the high profile ‘Friendly Races’ newcomers, many where tipping Derek to gel quickly with the famous roads of Billown.

Gaining track time a plenty in the practice and qualifying sessions, the former Irish road race Supersport champion began his maiden S100 quest, with a top ten finish in the opening 125/400 race, on the Joey’s Bar Racing RS 125 Honda.

After another top ten within the opening Senior encounter, the Island Aggregates Superbike race would see Derek lap in excess of 111 mph, on his way to a very creditable sixth place finish. 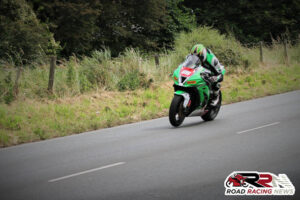 Fifth place finish followed in the Ocean Ford Super Twins race, as he showcased why he is regarded amongst the leading 650 competitors on the roads.

The big one, the blue riband Manx Gas Solo Championship, saw him propel his own teams Superstock Kawasaki to seventh, finishing in front of many an accomplished exponent of the Southern 100.

Next roads meeting on the horizon for Derek, is the Faugheen 50 Road Races, which sees him alongside race action, set for demo laps aboard a very special machine, Joey Dunlop’s Ulster Grand Prix winning RC45 Honda.

Extremely excited about been at the controls of the iconic steed, it’s set to be the latest momentous occasion of what has been to date, a first class 2017 real roads campaign. 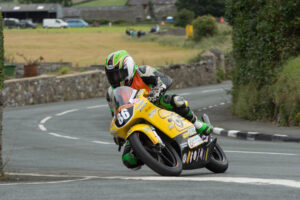 Looking towards the rest of the season, Derek is set to take in the Armoy Road Races, MCE Insurance Ulster Grand Prix and the newly formed East Coast Racing Festival at Killalane.

Already thinking about 2018, one of the mains for the Mullingar based rider, is to return to the TT Races.

Touted as a future TT podium finisher, he’s proved this week at the Southern 100, why he is rated so highly by many within the pure road racing fraternity.