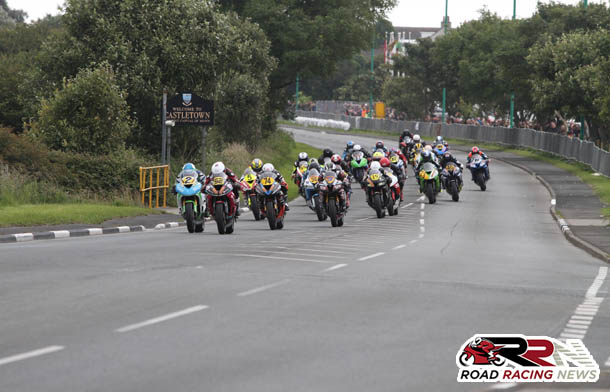 Completing the podium finishers within the 600 C race was Stephen Parsons and Stephen Smith, whilst second and third placed spots in the B race where sealed by Tommy Henry and Mark Pattinson.

The following 2nd feature Supersport encounter was not short of thrilling action a plenty, as Silicone Engineering Racing’s Dean Harrison held off a charging Michael Dunlop for race honours. 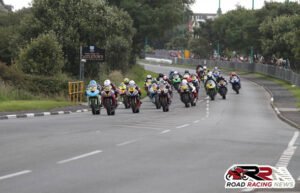 Although he missed out on victory, the 15 times TT winner had the consolation of a stunning new class lap record of 111.335 mph. 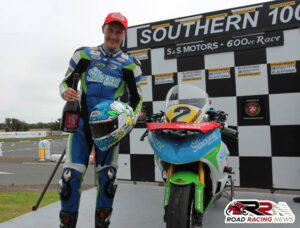 After the 600’s, everyone around Billown knew track conditions where correct for a new outright lap record, but no one really could have predicted the soaring pace that Michael Dunlop and Dan Kneen would set in the second Senior encounter.

Between them both set the first ever lap speeds of in excess of 115 mph, at the Southern 100, as the roads giants battled it out for victory.

At the time, a new lap record of 115.267 mph, set on lap five, would prove the key to Michael Dunlop making it a big bike hat trick at Castletown for him and Bennetts Suzuki.

Jamie Coward secured the final spot on the podium behind DTR’s Kneen, whilst Derek McGee in sixth place, showcased his potential as future front runner at Billown.

Next up was the Super Twins, which saw Ivan Lintin make it back to back 650 wins, edging out James Cowton to the tune of just 0.065 of a second, one of the closest finishes in history to grace the ‘Friendly Races’. 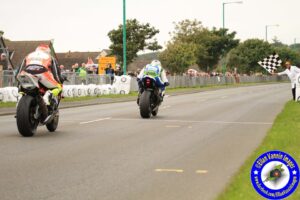 Overall a stellar day of competition at Billown, ending in style one of the best Southern 100 meeting’s for multiple years.