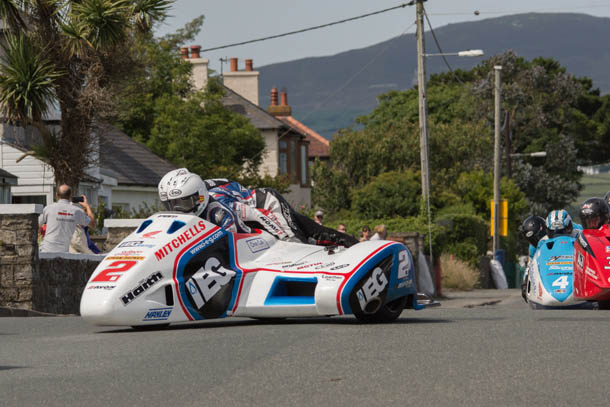 Ben Birchall/Tom Birchall where on lap record breaking pace, at the 2016 Southern 100, having been involved in two gripping, enthralling and thrilling sidecar races.

The opening sidecar race of the meeting, saw the duo finish in third place, following the race been red flagged on the start of the sixth lap.

Onto the blue riband sidecar championship, what was to unfold, was one of arguably the best three wheeler tussles we have ever seen on the roads.

Lap six saw the first three outfits all lap in excess of the magical 100 mph barrier, the Birchall’s where the first outfit to set a 100 mph around Billown, following lap speed of 100.682 mph. 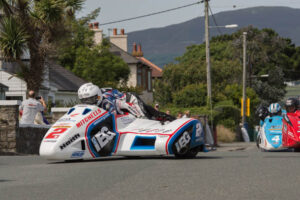 The Birchall’s in second where happy enough with the runner up spot, Ben Birchall added though that they where there to win.

Still lapping in excess of 100 mph around Billown in their IEG (International Energy Group) backed outfit, is yet another ground breaking moment for the sidecar TT lap record holders.

Potentially, the 2016 Southern 100 may have marked the Birchall brothers final roads action of the year, don’t be surprised though if they make their debut at Oliver’s Mount, for the iconic Scarborough Gold Cup meeting.