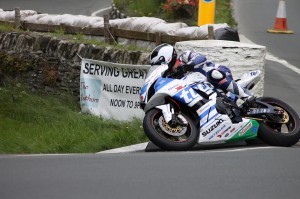 On his return to competition following a crash in this years senior TT William Dunlop secured a superb race victory in supersport race at Skerries road races.