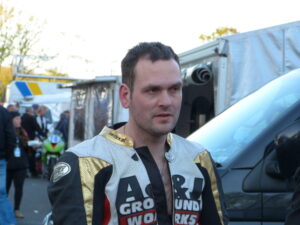 Simon Fulton is Kawasaki mounted in this years big bike races at TT 2014. For the superbike, superstock and senior TT races Simon is competing on a ZX10 Kawasaki, having won the 2010 senior Manx Grand Prix Simon has since gone onto achieved a top 20 finish in the opening supersport TT race in 2011.

Simon has also lapped at over 120 mph, going into TT 2014 the former senior Manx Grand Prix winner is looking forward to competing on a new bike which gives him every chance of top results and improved lap times.