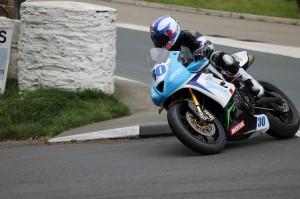 Silicone engineering racing are looking forward to the Southern 100. Russ Mountford has in 2014 had a thoroughly consistent season which has included top ten finish in second supersport race at North West 200 and being runner up in TT 2014 privateers championship.

Russ has being a top five finisher around Billown back in 2012 with fifth place finish in opening super twins race and enjoys competing at the friendly races. Team mate to Russ at 2014 Southern 100 is Malachi Mitchell Thomas.

Malachi is making his road racing debut and has a good pedigree in racing, he currently competes in national superstock 600 championship plus is also set to make his Manx Grand Prix debut this year.