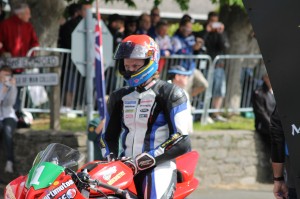 A Second Ulster Grand Prix victory was achieved by Ivan Lintin in super twins following a superb all round performance on Mckinstry racing ER6 Kawasaki.

Michal Dokoupil who is having a consistent season secured seventh position as Paul Shoesmith had an excellent ride to eighth place. Timothee Monot recorded ninth place as John Walsh rounded out top ten during a race which saw Ivan Lintin prove once again why he is regarded as one of the leading super twin riders in road racing.