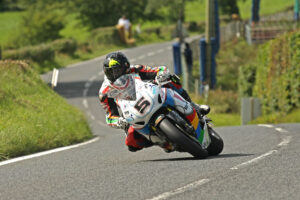 Lee Johnston produced a fine performance finishing in third position pushing Anstey and Martin all the way during an ultra competitive superbike race.