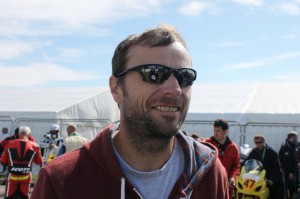 Bruce Anstey has been in storming form this season on Valvoline racing by Padgetts motorcycles CBR 600 Honda and the nine time TT winner will as always be in the running for race victories in supersport races at Scarborough gold cup. 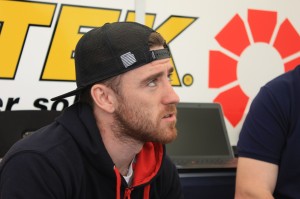 Lee and East Coast racing CBR 600 Honda will prove a hard combination to beat at the weekend where general Lee as he is known will be looking for his first win around a road race circuit which he has gelled with ever so quick since making his Oliver’s Mount debut at the 2013 Scarborough gold cup. 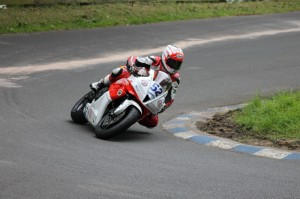 James Cowton is in with a chance of clinching Duke road race championship at Scarborough gold cup following a exceptional season from the hugely talented rider. James CBR 600 Honda mounted for supersport races will be looking for his third supersport win around the mount this year following double race win at Barry Sheene road race festival.

Ivan Lintin has been known in recent years as a super twins specialist but the Taylor Lindsey racing rider in 2014 has proved his mettle in supersport races. Like Bruce Anstey, Lee Johnston and James Cowton is Honda mounted for supersport races at gold cup where he will start as a dark horse for race victories.

Daley Mathison at 2014 Ulster Grand Prix produced arguably his best performances to date at an international road race. Daley is greatly looking forward to the gold cup where he is confident that the Hol Taj/team classic Suzuki supersport bike can propel him to standout results. Already in 2014 the 125 Ulster Grand Prix winner has acquired many a notable result in supersport class at Oliver’s Mount which has included back to back second place finishes at Barry Sheene road race festival plus 3rd and 4th place finishes during cock of the north road races.

Adrian Harrison is in good form going into his third Oliver’s Mount meet of the season. Adrian brother of second fastest rider in Oliver’s Mount history Dean Harrison will be looking to produce superb performances as he bids to round off 2014 road racing season in top style. Davy Morgan looks set to be one of the leading R6 Yamaha mounted riders as the popular road racer returns to action around the mount for first time this year. 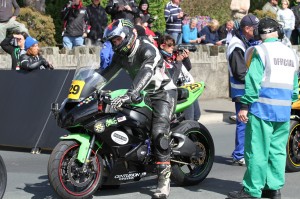 James Neesom following super twins Manx Grand Prix victory is on a big confidence boost going into Scarborough gold cup. Despite not finishing this years junior Manx Grand Prix James lapped in 117.3 mph bracket which has made him confident of pushing for top three finishes on Centurion windows backed ZX6 Kawasaki in supersport races at the weekend. 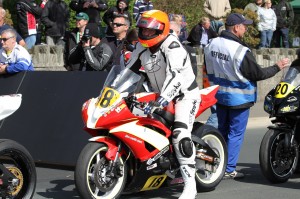 Rodger Wibberley has been competing around Oliver’s Mount for 13 years now securing along the way many a high profile result. Competing on his own teams R6 Yamaha Rodger recently recorded 17th place finish in senior Manx Grand Prix. 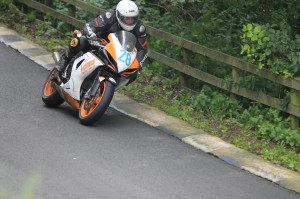 Paul Gartland, Mick Goodings, Phil Harvey and David Hewson all the talent, ability and potential to battle for top results in supersport races around Oliver’s Mount at gold cup as does Tom Weeden. Tom since making his debut at the mount back in 2013 at Ian Watson spring cup road races always enjoys competing around the iconic road race circuit.

Following 32nd place finish in junior Manx Grand Prix Tom is set to be one of the leading Triumph mounted riders as he bids to produce the same form which propelled him to second place finish in second superbike race at last years gold cup.

Gaz Evans, Julian Tillotson and Marc Coggon will all be looking for personal best lap speeds around the road race circuit which has over the years seen many of the worlds best ever road racers do battle for victory.