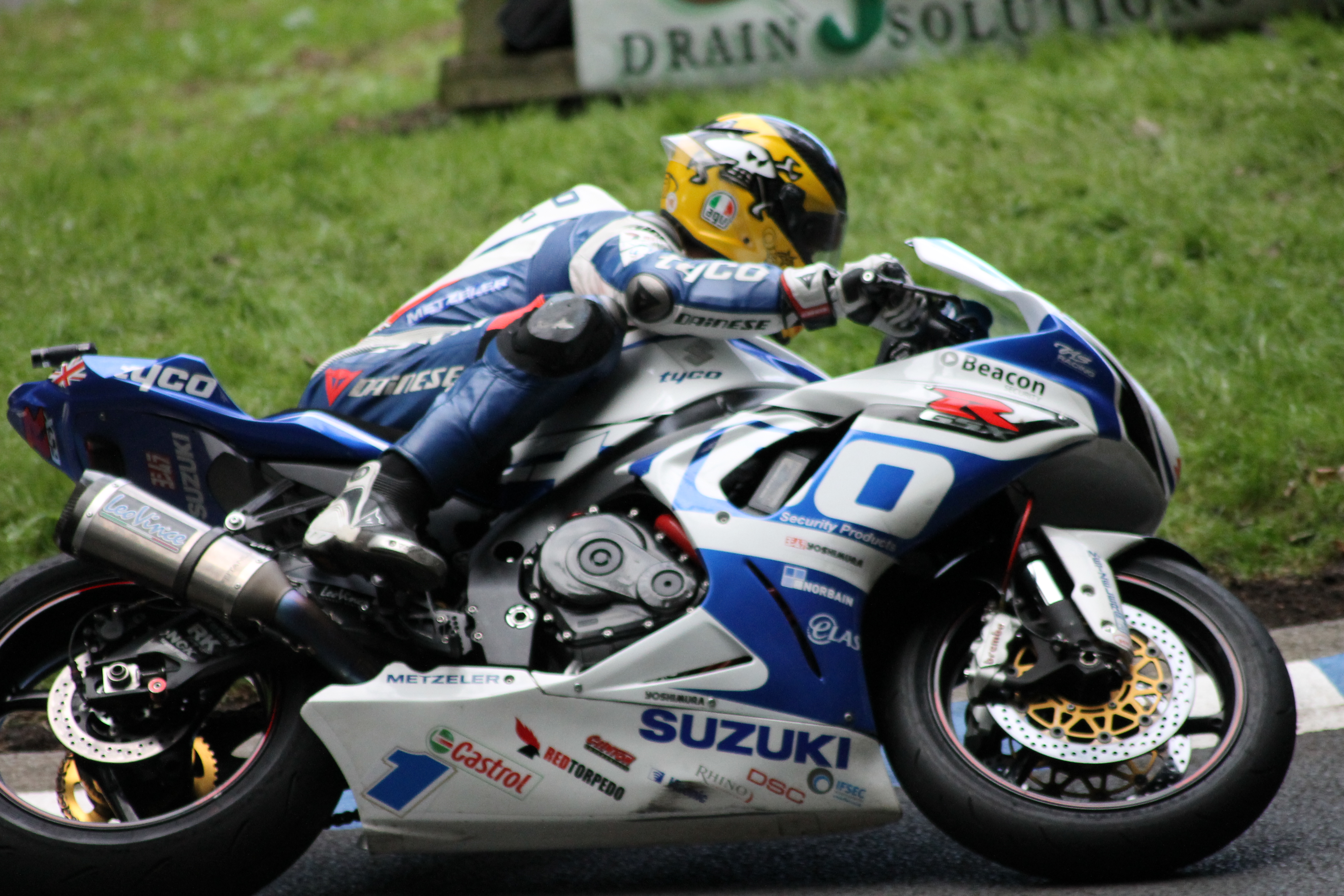 After a huge pile up into Mere hairpin at the end of lap 1 the original running of this years David Jefferies cup supersport race 1 had to be red flagged. From the restart of the race it was Oliver’s Mount newcomer Lee Johnston who hit the front on the East Coast racing CBR 600 Honda just in front of Guy Martin, James Cowton, Ivan Lintin, Bruce Anstey and William Dunlop.

At the end of lap 1 Guy Martin held a slight advantage over Lee Johnston in second place whilst James Cowton, Ivan Lintin, Bruce Anstey and William Dunlop where all close together battling over third place.

Lap 2 began with Guy Martin out front breaking away on the Tyco Suzuki by TAS supersport bike. William Dunlop was now into fifth place in front of Bruce Anstey and was reeling James Cowton and Ivan Lintin for third position.

Guy Martin ended lap 2 with over a second lead over Lee Johnston in second place whilst James Cowton held third place but William Dunlop was on a charge on the CD racing R6 Yamaha moving into fourth place.

On laps 3 and 4 of the race Guy Martin continued to strengthen his position out front but it was the action behind Guy involving in particular William Dunlop that  was entertaining the large crowds at Oliver’s Mount at this years Scarborough gold cup.

William Dunlop was now into second place by the end of lap 4. William competing on the CD racing R6 Yamaha looked in fine fettle on a bike which this season has seen him win supersport 600 races at the Ulster grand prix, Armoy road races and at the Skerries road races.

Lee Johnston by the end of lap 4 now held third place in of James Cowton and Ivan Lintin who where close behind in fourth and fifth place positions. Bruce Anstey continued to hold sixth place whilst James Coward was showing good form on the Barnes racing R6 Yamaha holding a top 10 position at the end of lap 4.

Lap 5 saw Guy Martin increase his lead out front to over 3 seconds over William Dunlop who was now comfortably in second place, Lee Johnston and James Cowton where having a great battle over third place whilst Ivan Lintin on the Taylor Lindsay racing CBR 600 Honda held a solid fifth place.

Lap 5 ended with positions in the top 5 in the race staying the same as lap 6 began. Guy Martin on the Tyco Suzuki by TAS supersport bike rode smoothly and calmly on lap 6 as his lead out front grew slightly more over William Dunlop in second place.

Lap 7 and positions out front remained the same although William Dunlop edged a little into Guy Martin’s lead as the final lap of the race beckoned.

So was Guy Martin going to make it win number 3 in a day at this years Scarborough gold cup having won the Darran Lindsay trophy superbike race 1 and the classic solo races earlier in the day.

The answer was yes as Guy crossed the line to take race victory by 3.7 seconds over William Dunlop who produced a brilliant performance on the CD racing R6 Yamaha.

Lee Johnston just held off James Cowton for third place after a superb race between two riders who both have hugely bright futures ahead of them in road racing. Ivan Lintin, Bruce Anstey, James Coward, Tom Weeden, Tom Robinson and Robert Wilson on the Stoddart racing ZX6 Kawasaki completed the top 10.