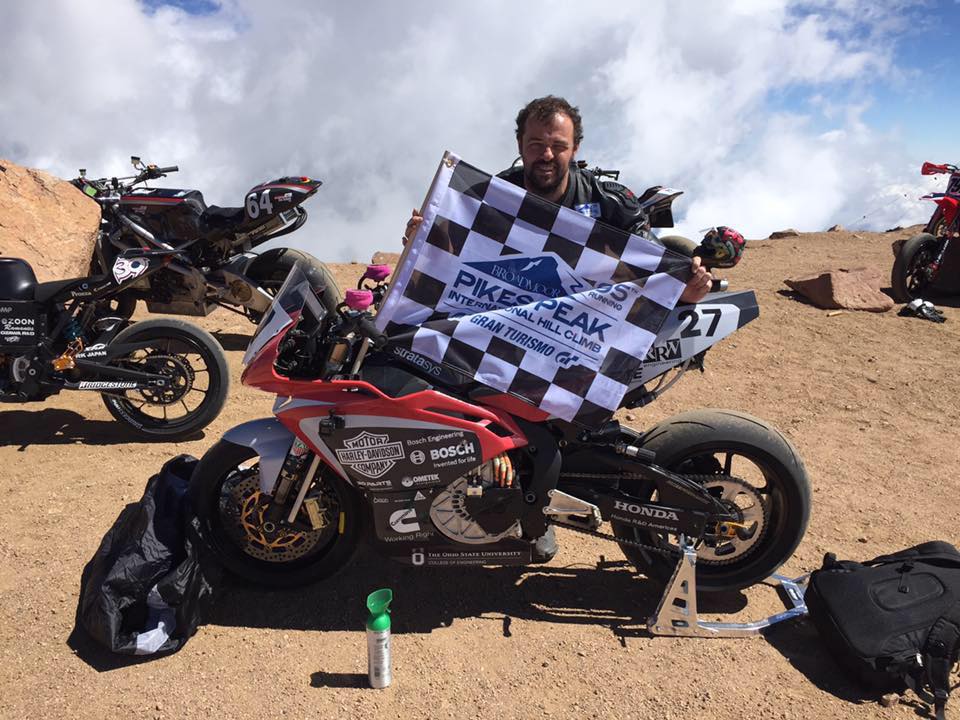 Rob Barber has recently reflected on his momentous Electric class victory at Pikes Peak, which made him only the second rider from the United Kingdom, to have enjoyed success at the world famous hill climb.

“So most of you will know I won my class at Pikes Peak. It wasn’t all plane sailing as I struggled at speed on the bottom section due to lack of practice.

Also within a mile from the finish I ran low on energy so lost a lot of time. Lady Luck was on our side as my close rival had a little off loosing him time.

I have to confess coming back down I did shed a little tear in my helmet. I’m so proud of my OSU team they really do deserve this win as they work so hard and we have just been plagued with bad luck. But the never give up attitude paid off.” 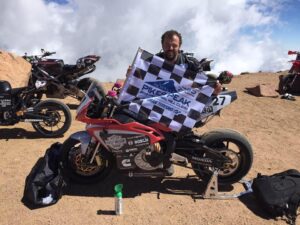 As stated before Rob is the first rider in history, to have been victorious on the Mountain Course and Pikes Peak, a truly great achievement for the Manchester based racer.