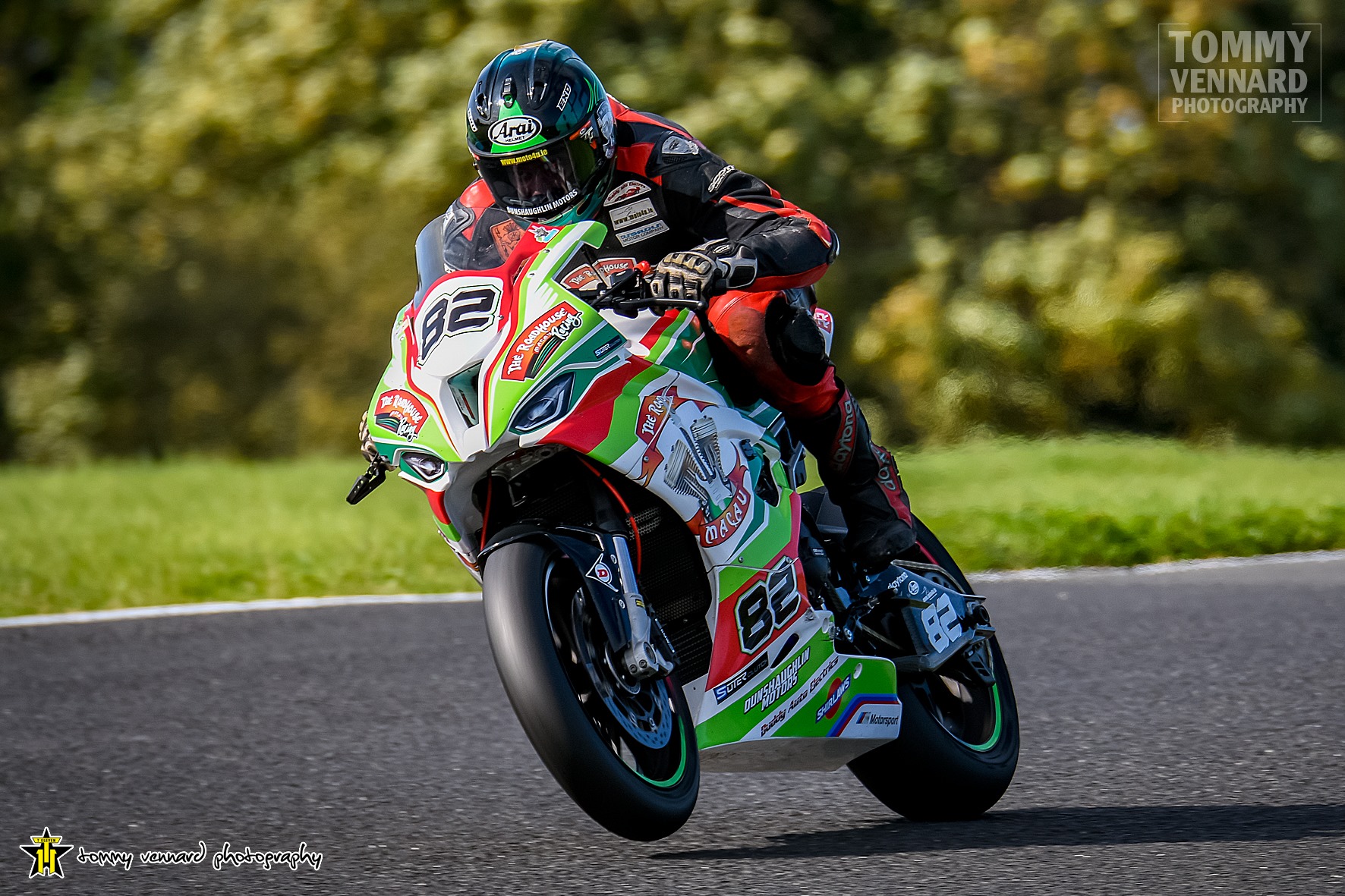 An exhilarating conclusion to the race saw Carl Cox Motorsport backed Dunlop, edge out the aforementioned Keyes by only 0.209 of a second.

It was roles reversal in the following Supersport encounter as Keyes finished only 0.013 ahead of long term pace setter Dunlop.

None the less it’s been a very productive meeting for Ballymoney’s Dunlop, who goes into next month’s Cookstown 100 in top shape.