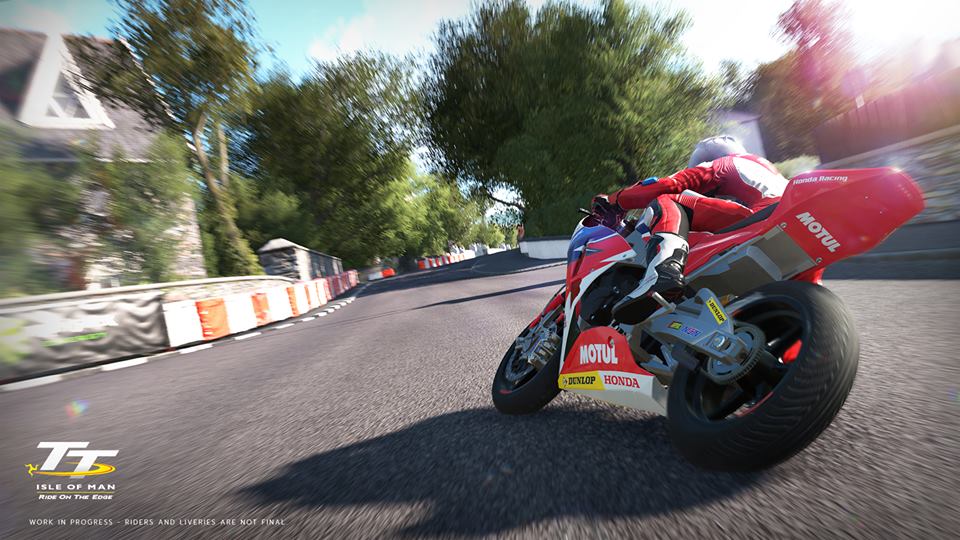 The eagerly awaited all new TT game dubbed ‘Ride on the Edge’ is now set to be released to the public in March of 2018.

A statement via Facebook detailing the reasons behind the move to release the game next March, instead of the intended release date of November this year, stated:

“To all our riders and fans, As you know, we have been working on the TT Isle of Man game for quite some time now, and we’re very satisfied with what we’ve achieved on many points.

Photo via TT Isle of Man – The Game

We’ve made an almost perfect replica of the famous Snaefell Mountain Course and the in-game version provides just as many technical challenges as its real-world counterpart.

And, never has a video game displayed so many graphical details on such a long race track, and with such speed required to render those graphics.

Yet, after much discussion, we believe that the current game is not in line with our expectations, primarily: the game play and motorbike physics. Given how important this is to the game, and your experience, we do not want to disappoint you on this.

As you might have seen, TT Isle of Man was initially scheduled for November 2017, but we need a little more time. We have therefore decided to push the release date back to March 2018. This extra time will allow us to improve all aspects of the game.

Delaying the release of the game is not an easy decision to make but we really want to offer you an experience worthy of the legendary TT and we hope you understand!

The TT Isle of Man – the Game team”