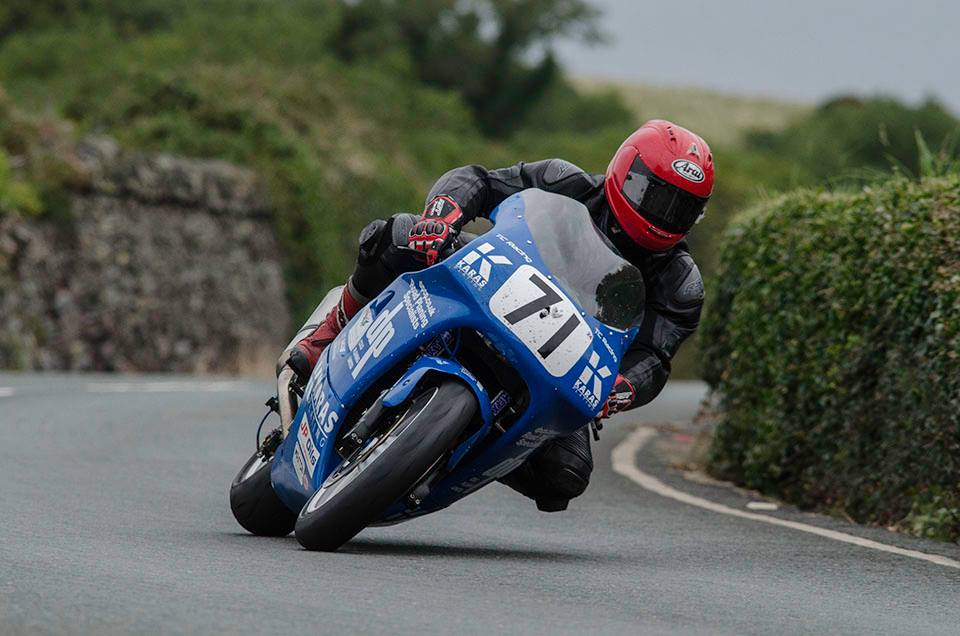 The 2017 Isle of Man Festival of Motorcycling was most definitely a prodigious one for Dean Osborne, who showcased his proven talent on Classic and Modern 600 machinery.

One of the anticipated Manx GP front runners, he also acquitted himself well within the Classic TT fraternity aboard the DP Coldplaning/TC Racing ZXR 750 Kawasaki.

Finishing a very creditable 17th plus third in class in the Motorsport Merchandise Superbike race, he also had the honour of leading the Manx GP competitors challenge against a whole host of front running TT stars. 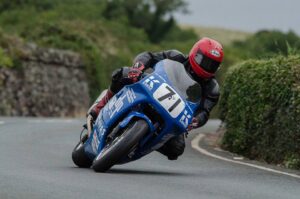 Attentions then turned back to the Manx Grand Prix, with the Mylchreests Group Junior race, which Dean went into as the quickest qualifier of practice week.

Producing an accomplished performance the 2014 Newcomers B race winner, finished in fifth place under 16 seconds off recording a podium finish.

Determined to end his latest Manx GP campaign with a rostrum finish in the blue riband Senior race, the Manxman was on a mission aboard the Brian Osborne backed ZX6R Kawasaki. 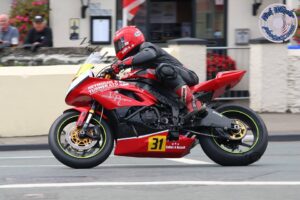 Showcasing some of his best form thus far in his career on the Mountain Course, a text book pit stop plus officially topping the 120 mph mark for the first time, lapping at 120.709 mph was more than enough to seal a spot on the rostrum.

Reflecting on this years Manx, he stated via Facebook:

“I’ve had a great 2 weeks of racing the ZX6 around the best course in the world, we had a few issues during practice week, it’s been great fun learned loads.

We did an engine swap straight after the Junior race and put our spare motor in which had a few miles on it, but we had no choice it was a gamble and didn’t know the gearing to use as had no more practice so we went with it and did us proud!!

I’d like to thank Tony Bass ‘Slick’, for helping us out at such short notice and nothing was a problem bike was ready to race.!!!!!

3rd in the senior race and my best lap 120.7 mph and now in the Tommy club it’s something that means a lot to me as there are only so many riders that’ll get in to it.

I’d like to thank my dad for the best bike ever and all his hard work to get me to where I am now!!

Big thanks to my great friend Derran Slous for his hard work this week helping with setting the bike up and helping change motor could not of got as far as I did without you!

Thanks to the best girlfriend ever Roxy-Lee Turner-Oliver, thanks to all my sponsors for the help this year I’m truly grateful for the help and support.

Now a member of the highly exclusive ‘Tommy Club’, it’s going to be interesting to see whether Dean elects to next year, remain within the Manx GP fold or move into competition for the first time at the TT Races.