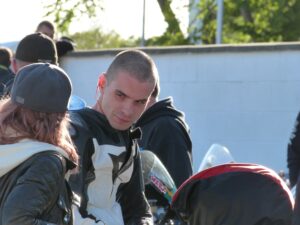 Petre Pop is all set to return to action on the mountain course at next years Isle of Man TT. Petre made his TT debut back in 2013 competing for PMC racing team on a CBR 600 Honda.

Despite not qualifying for supersport races the first rider in history to compete at the most famous road racing circuit in the world from Romania impressed throughout practice week.

For TT 2015 he is planning to compete in superbike, superstock and senior races on Garage Monsters team ZX10 Kawasaki. Petre’s main aims for TT 2015 are to finish all races and enjoy the experience of competing for the third time on the road race circuit where legends and history are made.