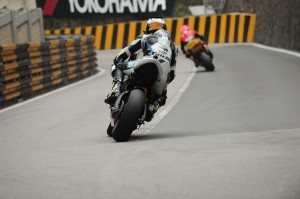 Brandon Cretu is set to compete at the North West 200 in 2015. Brandon at this years Macau Grand Prix showed good form on Splitlath motorsports 1195 RS Buell, although failing to finish the race the ambitious rider from America has produced a moment of history in 2014.

Which was giving Buell their first ever race finish on the mountain course in senior TT. Brandon finished in highly creditable 42nd position as he finished TT 2014 in positive fashion.

Having made his TT debut back in 2010 he has been chipping away with his lap speeds and race results, TT 2015 looks set to provide him with every chance of securing personal best results.

In recent years we’ve seen many a scintillating race at the North West 200 where races are won by absolutely nothing as riders bid victory around the triangle at one of the most prestigious events in pure road racing. 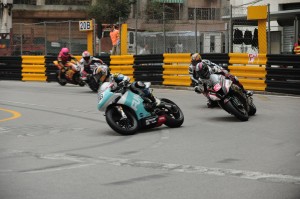 Brandon will be aiming to be competitive across all races at the hugely popular road race in 2015 were we are set to see action a plenty at the opening international road race of the season.