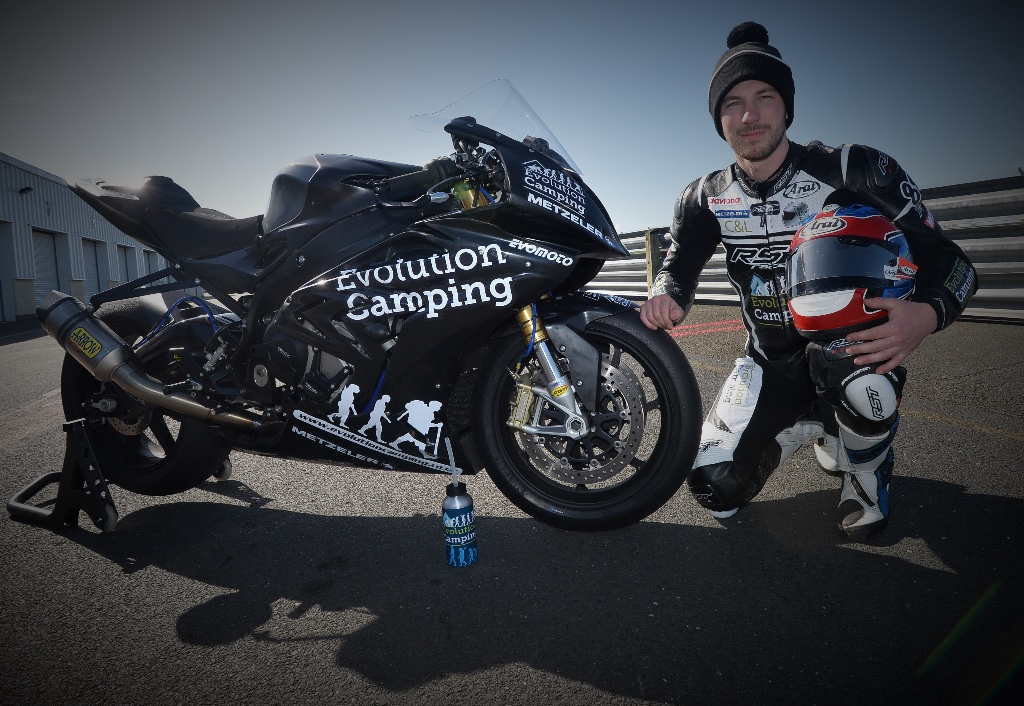 With the KDM Hire Cookstown 100 just around the corner, Paul Jordan recently sampled the Evolution Camping S1000RR BMW, for the first time at Kirkistown.

Pleased with the performance and power output of the BMW, the 2016 Irish road race Super Twins championship runner up, stated about yesterday’s beneficial test:

“I was quite nervous to start with, but I found the Evolution Camping BMW fairly easy to get used to during the test at Kirkistown, despite conditions being less than perfect.

Apart from the extra power and initial turn in not being as aggressive as what I’m used to with a 600, I feel I will be able to get used to riding the BMW, with its extra horsepower and chassis characteristics quite quickly.” 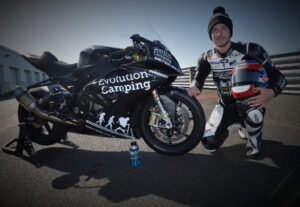 Adding his thoughts on how competitive he feels his new Superstock mount will be at Cookstown, he said:

“The power of the BMW will suit the stop-start nature of the Orritor circuit, but I’m being realistic and I know this weekend will be part of a learning experience and I’ll probably lap quicker on my 600 to start with.

Of course I will ride committed, but I will ride safely and learn the full characteristics of the BMW before I really start expecting myself to race it and make a challenge for some respectable results.

I really don’t have any big expectations ahead of this weekend and my debut on the bike, but I would like to thank Isle of Man based company Evolution Camping for their support and having the faith to back me with this new project.”