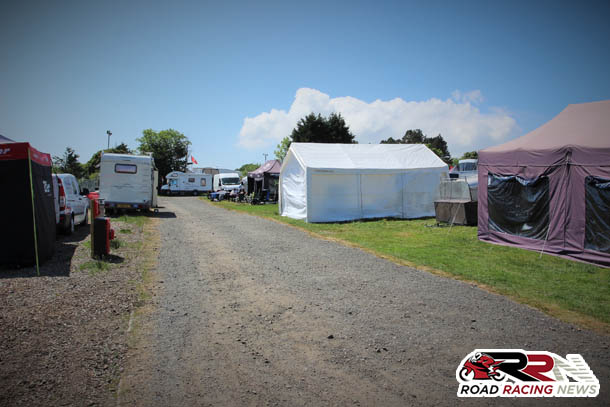 Following the news that local racers would be facing alternative paddock arrangements for this years Isle of Man Festival of Motorcycling, there’s been a huge outcry of support for prospective Manx GP, Classic TT participants from the Isle of Man.

Responding to the predicament, obvious disappointment for Manx riders who under current predicted regulations would have to work from the day paddock for the two weeks, instead of the main paddock, the Manx Motor Cycle Club in conjunction with the Isle of Man Department for Enterprise, released today the following statement: 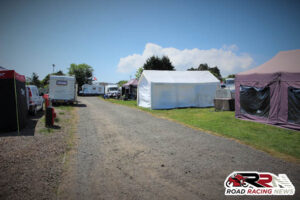 “The Manx Motor Cycle Club in discussion with the Department issued an e-mail to all those participating in the Manx Grand Prix and Classic TT last week identifying a need to restrict the numbers of people living on-site to team members and immediate family during the Festival of Motorcycling.

In addition the e-mail stated that Isle of Man resident competitors would not be allocated a paddock space and would instead be required to use the day paddock when attending the grandstand area to practice or race to alleviate the capacity issues that have been identified.

Historically it has been the practice to allow significant numbers of people on site, however, there is greater pressure and scrutiny being placed on the operational, infrastructure and safety aspects of the site that cannot be overcome without reducing the number of people and equipment on the site.

Lessons learned from this year’s TT led to this decision being taken; however, in light of responses received, the Department is undertaking a review of all of the options available.

This review does not mean that everyone taking part in the event will be able to be accommodated on-site and it is more than likely that continued restrictions will be placed on the numbers of persons on site and the pitches and pitch sizes available.

In view of this, the Department would ask that that all participants supply accurate pitch requirement information by the 17th July 2018 at the very latest, as without this, space cannot be allocated and it is highly likely that an on-site pitch will not be available and entry to the paddocks will be refused.

This does not mean that expectations will be met and as such participants may have to look to reduce the numbers of people or size of pitch required and making that decision as to whether you can live with operating from the day paddock or not.

The Department will endeavour to do its best, but there are limits to what is possible. If individual requirements cannot be fulfilled exactly as request then it is highly likely that we may be unable to accommodate these on site.

The Department’s decision on this will be final as the continued viability of the event relies on being able to ensure that the safety of those within the paddocks is not compromised.”