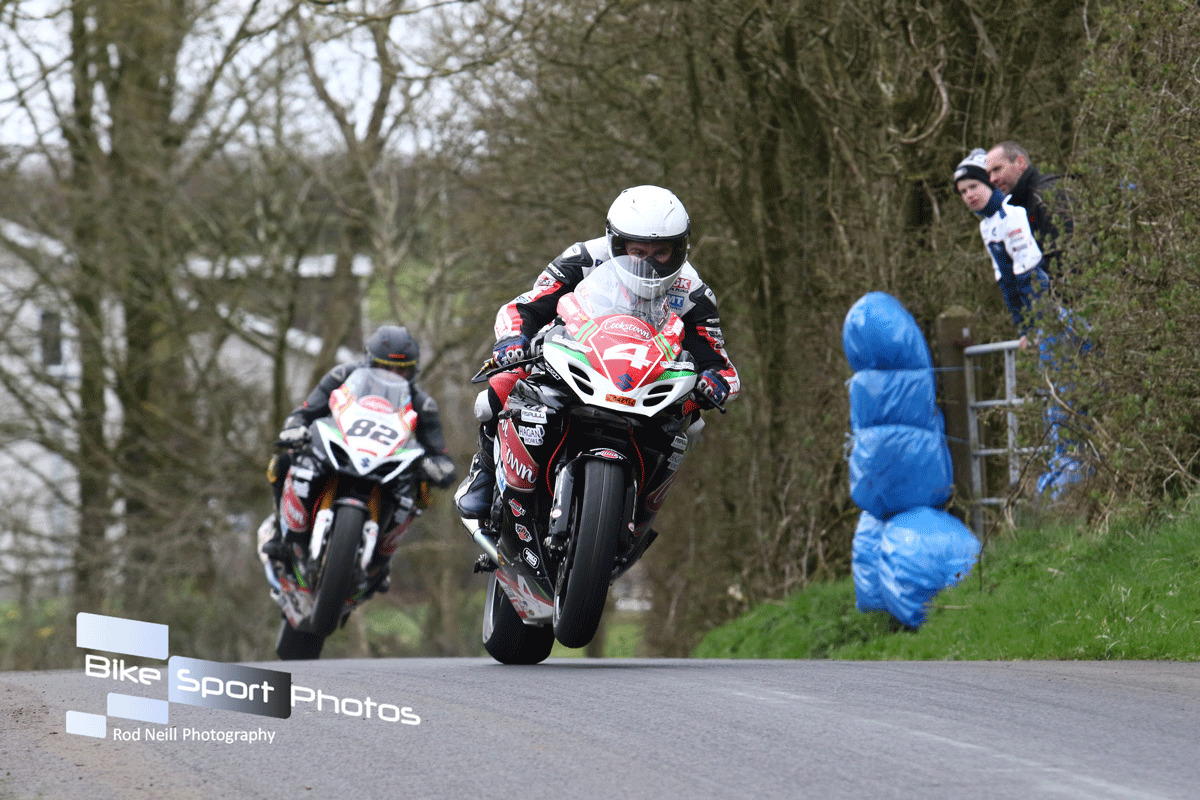 Amongst the main highlights of the last Clough Circuit based meet of the 2010’s, included a gripping Open Superbike race as Cookstown BE Racing team mates Derek Sheils and the late great Malachi Mitchell Thomas battled it out for race spoils.

At the end of a thrilling three lap race, it was Irish road racing newcomer Mitchell Thomas who banked his second of three victories at Mid Antrim. 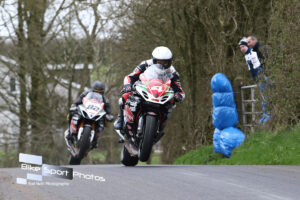 He edged out his team mate Sheils by just 0.802 of a second whilst twice Junior Manx GP victor Michael Sweeney rounded out the podium finishers.

Ryan Farquhar’s new venture at the time with BMW Motorrad machinery, began in productive style with a fourth place finish.