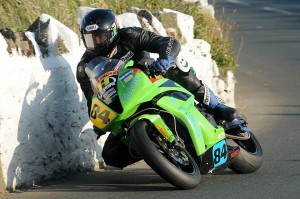 Olaf Romijn is making his Manx Grand Prix debut in 2014. Olaf this year in the International road racing championship finished seventh overall plus made his Oliver’s Mount at the Ian Watson spring cup road races achieving consistent results. Plus in 2013 Olaf made his Southern 100 debut and recorded creditable results in the superbike races.