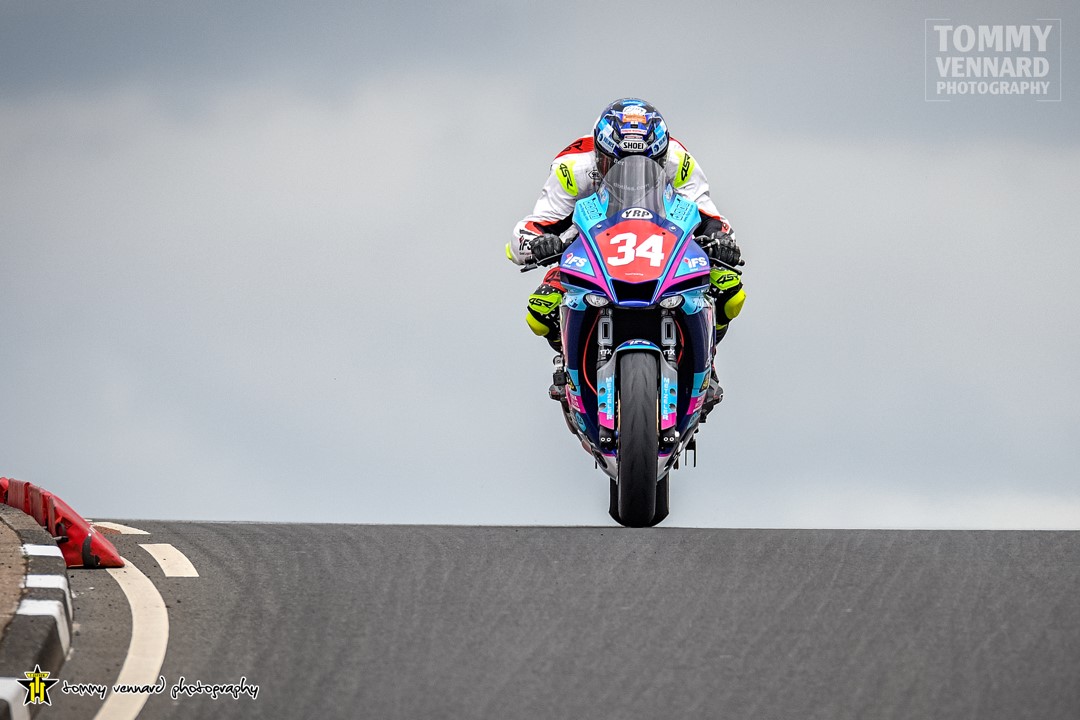 Could the bulky, ultra-powerful Superstock 1000s’ provide more treats for the capacity crowd at the FonaCAB & Nicholl Oils North West 200, another record-breaking encounter?

Drama then struck as Irwin pulled out at University, closely followed by, Milenco by Padgetts Davey Todd, who ran onto the grass.

This enabled Seeley to re-take the lead ahead of 19 times TT winner Michael Dunlop.

The attrition on lap one continued with Milwaukee BMW Motorrad’s Ian Hutchinson retiring.

As lap one finalised, Seeley led Dunlop by just 0.595, Michael Sweeney was holding a fantastic third ahead of Dean Harrison whilst Irwin, Todd who both got back underway were 10th, 11th respectively.

Seeley went onto reclaim P1 as lap two concluded whilst Todd determined to make up for his lap one problems, surged into third aided by a blistering new Superstock lap record of 4 minutes 20.640 seconds.

Five times NW200 Superbike winner Irwin pulled out for a second time and this time it seemed that his race stint was done.

More drama was to arise, again at University as Dunlop made a mistake whilst leading.

This enabled Seeley to move back into first, Todd was now back to second as Dunlop dropped to third.

Seeley enjoyed a 3.59 seconds advantage at the end of lap three but newly second Todd was on a charge, lapping two seconds faster.

Ashcourt Racing’s Lee Johnston chipping away his pace, soon got the better of Dunlop, Todd for second.

Dunlop retired soon after whilst Todd appeared to also be having problems, dropping almost four seconds behind Johnston.

Out front Seeley wasn’t having any dramas, leading by just over 4.4 seconds as lap four concluded.

Fourth behind Harrison after an entertaining scrap with John McGuinness MBE was Skerries Sweeney.