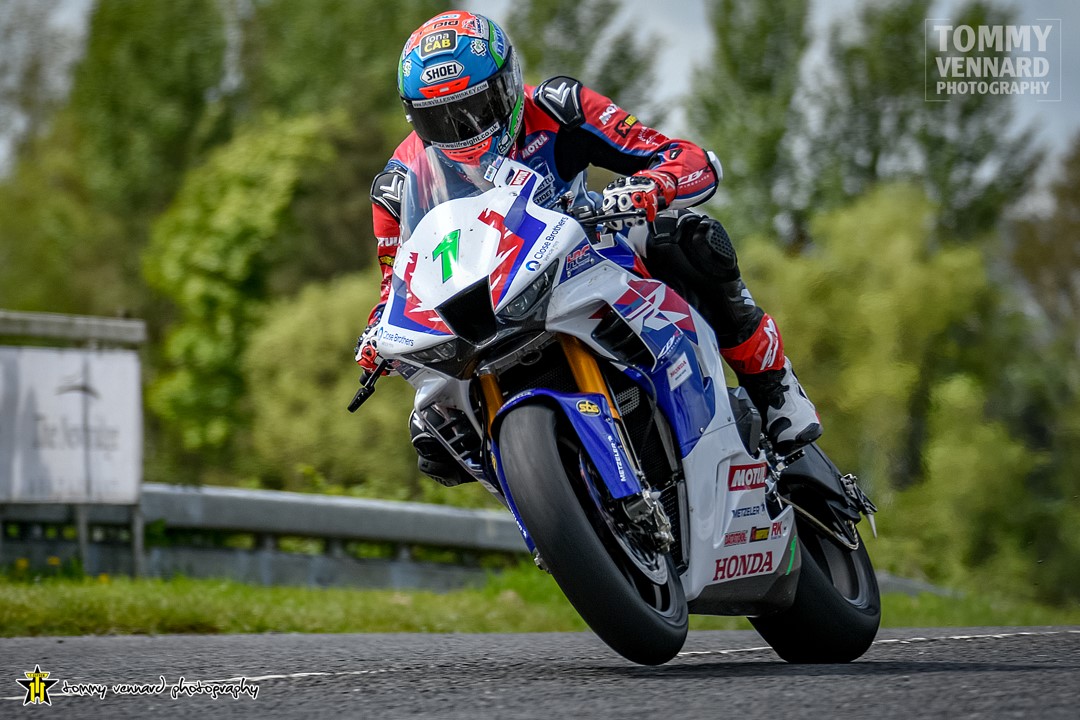 Despite the absence of Dunlop shod runners, the action across the feature race of this year’s North West 200 was still thrilling, gripping, compelling.

Honda Racing’s Glenn Irwin got the hole shot into York Corner and maintained the lead up to University Corner.

Cooper was keeping close tabs on Irwin throughout lap two whilst Brookes in third wasn’t as yet out of contention.

Irwin’s lead at the completion of lap four was almost four seconds whilst third placed Brookes had dropped lots of time, following an issue at University.

There was no relenting, dropping of pace from race leader Irwin, who with two laps to go was almost five seconds ahead of Cooper.

Cooper in second was delighted at recording his fourth podium finish of the meeting whilst third placed Brookes was equally pleased at gaining his first NW200 rostrum since he last raced around the coast roads in 2014.

Fourth spot post a tenacious display aboard the Milwaukee BMW was Ian Hutchinson.