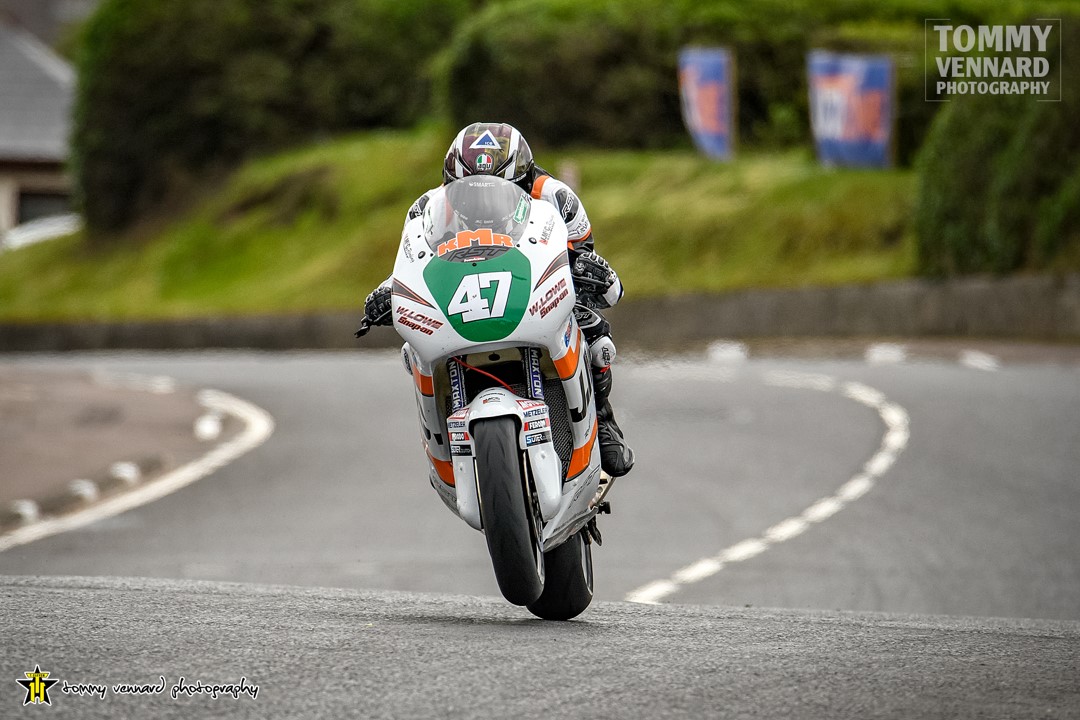 As in the previous Twins encounter, JMcC Roofing Kawasaki mounted Cooper was quickly pulling away from the evenly matched chasing pack, holding at the end of lap one, an advantage of almost two seconds.

Team ILR/Mark Coverdale’s Loughlin was 2nd, 3.671 ahead of triple NW200 winner Jeremy McWilliams who in turn was only 0.303 clear of Ashcourt Racing’s Lee Johnston.

Whilst Cooper, who blasted his own existing lap-record continued on lap two to set the pace out-front, the scrap for third was growing in competitiveness.

Not much was separating Christian Elkin, McWilliams, Johnston, Jamie Coward and Michael Sweeney.

Former 250 NW200 winner Elkin crashed out of contention at the Bet McLean Chicane, he emerged un-harmed.

Castleblayney’s Loughlin was still second, though the gap to runaway leader Cooper was ever-expanding.

Loughlin finished a fantastic second, his first NW200 rostrum whilst Johnston thanks to a gritty last-lap overtake rounded out the podium finishers.